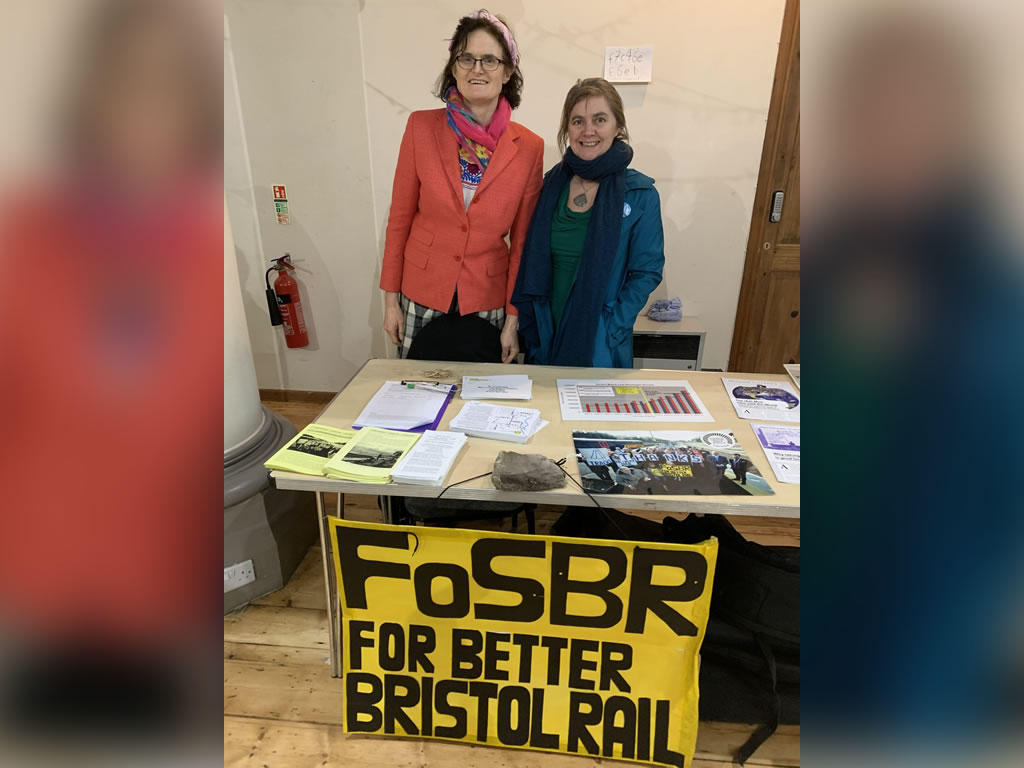 FoSBR is a member of ZeroWest, an alliance of local organisations working towards a zero carbon West of England.  Transport is a key policy area that needs to be addressed to meet this goal. On 16th January Carol and Tina from FoSBR attended the ZeroWest Winter Conference and ran our stall.

The keynote speech for the morning was delivered by Carla Denyer, a Green Party councillor from Bristol.  Councillor Denyer proposed the initial climate emergency motion to Bristol City Council.  As a result on 13th November 2018 Bristol City Council became the first UK council to declare a climate emergency. The motion was passed unanimously, by councillors from every political party. Consequently, the city council set an ambitious goal of making Bristol carbon neutral by 2030.

Since then over 100 UK local authorities and the London Assembly have followed suit and passed similar motions. The UK parliament also passed a motion on the subject on 1st May 2019.  Councillor Denyer spoke of the need for more action from policymakers. She called on politicians to follow their declarations with more effective action.

The second morning presentation was from ZeroWest’s Tom Stedall. Tom has done extensive data modelling of the potential mix and capacity of renewable energy in the West of England, including how carbon sequestration will impact land use, how transport choices will change and to what extent energy demand will have to be reduced to make the region “net zero carbon”.

The afternoon was taken up with workshops:

From a FoSBR perspective it was good to meet organisations and engaged individuals from across the region, for example from Portishead, Stroud and Bath.  We were able to chat about opportunities to improve transport connectivity on “their patch” and also promote our FoSBR Plan for Rail.

Many thanks to ZeroWest for providing this opportunity to network, and to Moveable Feast for supplying a delicious lunch.