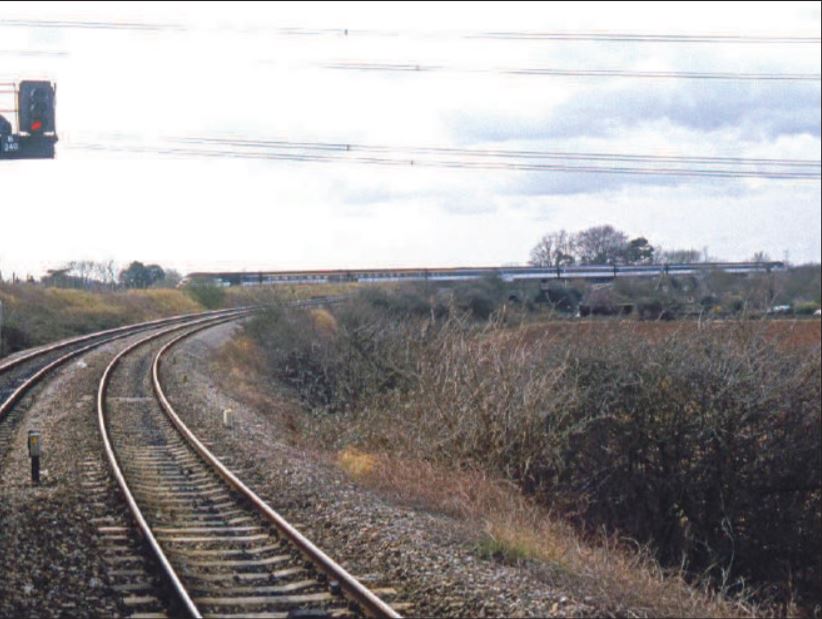 Named after the nearby village, Westerleigh Junction is where the Cross Country Route from York to Bristol Temple Meads meets the South Wales Main Line from London Paddington to Swansea.

The line running north to south through Yate was part of the old Bristol & Gloucester railway which once continued through Mangotsfield, Staple Hill, and Fishponds to Temple Meads – a length of which now forms the Bristol and Bath Railway Path.

In Yate a curve connects to the London- South Wales line while the remainder of Bristol & Gloucester line going south has been singled and terminates at an oil terminal next to the M4.

The problem with this junction is that trains coming south from the Gloucester direction (and going towards Bristol) have to cross over the eastbound (London direction) track of the main line before getting onto the westbound (Bristol direction) track. As the main line is very busy, this severely limits the number of trains that can make this movement in any one day.

This restricts the number of trains that can travel on the Gloucester line and impacts MetroWest Phase 2 which intends to increase the frequency of the Yate service. As a long term ambition FoSBR have also campaigned for the re-opening of the Thornbury branch line, trains for which also pass through Westerleigh Junction and Yate.

One way forward would be for a flyover to take the Yate trains over the main line and join up further to the west (technically called a ‘grade separated junction’). This would obviously be expensive but Westerleigh Junction enhancements have been talked about for some time.

There has also been talk of re-instating the eastern loop from the Gloucester line onto the eastbound track of the main line. Other improvements would be needed to increase capacity on the line from Westerleigh Junction to Stoke Gifford Junction.

These are all long term improvements – so don’t expect anything to happen soon!