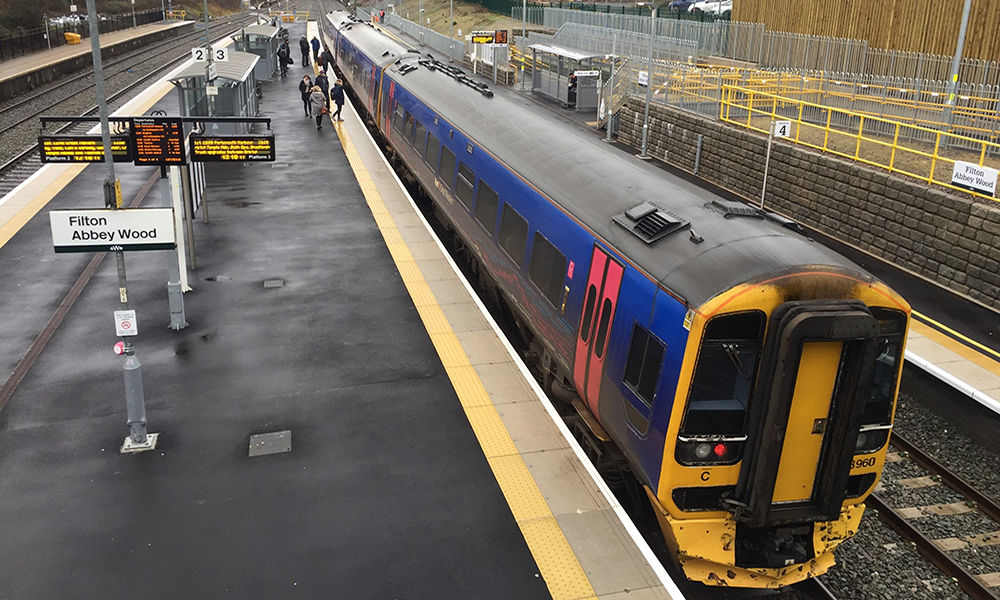 The West of England Combined Authority (WECA) Future Transport Zone group are doing a mobility survey on how people travel in areas of North Bristol and South Gloucestershire.  Mobility hubs are planned which will make it easier for people to switch between different modes of transport. The closing date of the surveys is 6th March 2022. The survey for each location can be found here, or by following the links below.

The sharp-eyed amongst you will notice that the Abbeywood study location does not include an option for Filton Abbey Wood station itself.

Filton Abbey Wood station is a disgrace in terms of connectivity – a station served by more local and regional services than Bristol Parkway, yet with a 600-700m walk to a bus stop without even proper signposting.

There is a short wide lane between Nutfield Grove and the station car park that would be ideal for a bus gate to enable buses from Filton Avenue to stop at the existing bus stop (that is marked not in use) adjacent to the station car park, then continue via Emma-Chris Way to the A4174.

This route amendment would link trains directly to the University of the West of England Campus, which is already a major bus hub.

In the other direction, bus services routed via Filton Abbey Wood to Southmead Hospital would make it much easier for staff, outpatients and visitors who arrive by train.

Many of our stations are on bus routes.  Some stations even have bus stops nearby, but at other stations, bus stops could be moved closer.

FoSBR welcome the WECA survey, but WECA priorities seem ill-focused.   Immediate action on making existing stations and bus stops into convenient and useful hubs should be a priority.  Surely this is the first thing that a transport authority should do – and what our competitor cities did years ago.

Improving our existing stations and bus hubs would have a greater impact with less capital investment than this WECA mobility/corridor/community hub pilot which looks at nice-to-have but non-core facilities such as some of the below:

Send FoSBR your thoughts on bus/rail interchange so we can incorporate ideas in our Better Stations campaign here: https://fosbr.org.uk/campaigns/better-stations/

We are particularly interested in quick wins at local stations, with which WECA could demonstrate it is serious about offering convenient multi-modal public transport soon.