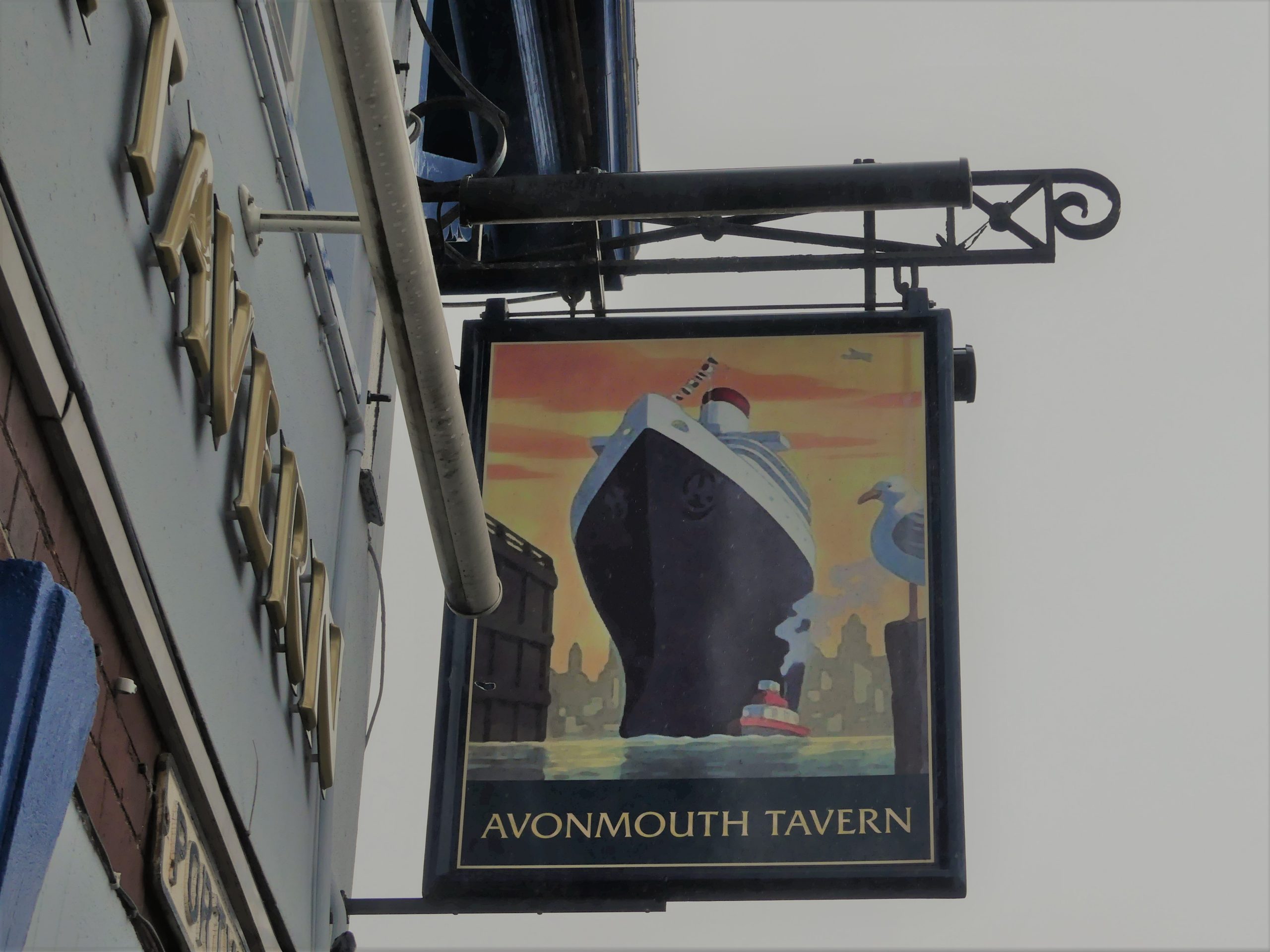 On Saturday 10th October, four FOSBR supporters alighted at Avonmouth station at 11:03 for a walk from Avonmouth to the Lamplighters Inn in Shirehampton.

The walk started by looking at the old Seaman’s Mission opposite Avonmouth station. Opened in 1925, it contained a large concert hall for recreation, refreshment rooms, skittle alley and dormitories for seaman between ships.  Adjoining the main building was the Seaman’s Chapel.  The building closed in 1982 and was converted into flats.

The walk along the Portview was enhanced by the impressive Masonic Hall – say “Boo!” said one of our crew. Then we admired the Avonmouth Tavern with its spectacular inn sign, a reminder of Avonmouth as a sea port, and indeed cruise terminal in recent years.

Under the M5 bridge we turned into West Town Road.  West Town is a “lost” suburb. It was built in the late 1800’s between the railway line and the River Avon to provide accommodation for the workers employed in the nearby industrial sites.  The end came on the night of 17th January 1941, when the area was devastated by German incendiary and high explosive bombs. The inhabitants were evacuated and re-housed and the dwellings were never rebuilt.

The footpath path from West Town Road follows the Avon south through the verdant Lamplighter’s Marsh.  This is a nature reserve with a variety of semi-natural habitats including scrub, grassland and salt marsh.  The Friends of Lamplighters Marsh are a group of local volunteers that run regular activity days and guided walks.

At the start of World War I, a vast ‘remount’ depot was set up at Shirehampton to import, train and send horses on active service.  The depot occupied the land from Station Road all the way to the Portway roundabout, including all the land now known as the Daisy Field.

During World War II, barrage balloons were tethered on Lamplighters Marsh to protect the docks from bombing.  Some of the concrete anchor blocks are still present on site.

As we walked through the reserve, the Matthew was afloat at high tide on the River Avon.  In front of The Lamplighters is the access ramp to the Avon, formerly the landing for the Pill passenger ferry.  Today, it was in use by Shirehampton Sailing Club, including FOSBR member Tina, who was just casting off in her Wayfarer sailing dinghy Windlord.

The walking group greatly enjoyed their lunch at the round table in The Lamplighters Inn, following up the meal with a local rail quiz.  Then they took the train back to Montpelier.

John Beales has produced an interesting pamphlet of walks from Severn Beach Line stations which will shortly be downloadable from our website.

COVID-19 prevents us from holding any large celebration for FOSBR’s 25th anniversary, but the programme of small events (six or fewer participants) continues across Bristol’s railway stations   Our sociable networker, Teresa, is planning future walks  from Avonmouth, Lawrence Hill, Temple Meads and St Andrew’s Road.  Please email us if you would like to be involved in any future small gathering,