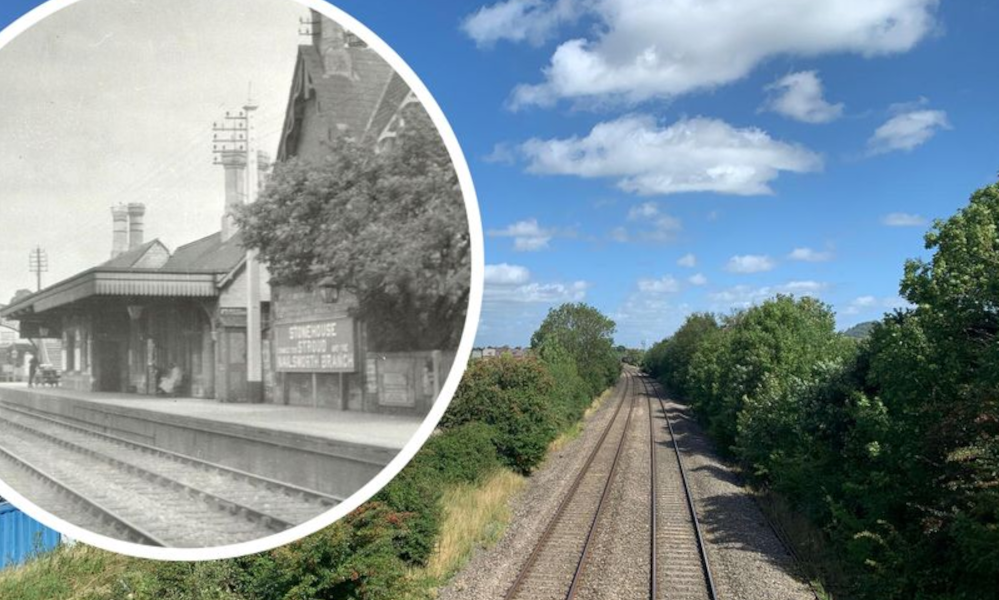 Campaigns to reopen three stations in the South West have received funding under Round 3 of the Restoring Your Railway Ideas Fund process. Stroudwater station, as well as Corsham station and the Tavistock line, will get money to support the development of their business cases. These in turn may be submitted to the Department for Transport for more substantial funding.

The bid for St Annes Park station, between Bristol Temple Meads and Keynsham, gained funding in Round 2.

The new Stroudwater station would be on the Bristol to Gloucester line at the site of the former Stonehouse (Bristol Road) station, which closed in 1965. The name ‘Stroudwater’ recognises the new station’s location within the Stroudwater Corridor. This is the third largest urban area in Gloucestershire. The area has a rail catchment population of 55,000 according to a 2002 study, yet has no direct rail connection with the regional capital, Bristol, 40km to the south.

We are pleased to see FoSBR’s support for Stroudwater station is mentioned on P.16 of the Restoring Your Railway Ideas Fund Application Form!

Corsham is a town of 13,000 inhabitants, between Bath and Chippenham on the Great Western Main Line. As well as a wide range of businesses and a historic centre, Corsham is home to an expanding Bath Spa University campus and a large MoD presence.

Passenger forecasts predict that a train station at Corsham could carry up to 400,000 passengers per year. It is also expected that future development plans would further increase this number. The station could be served by MetroWest services from Bristol to Westbury, giving local people simple ongoing connections to Swindon and London.

Although somewhat off our patch, we are of course pleased to see this bid gaining support. Following the successful project to reopen the Dartmoor Line from Exeter to Okehampton, this bid seeks to reconnect Tavistock to Plymouth via Bere Alston.

As well as reconnecting a town of 12,000 people to the national rail network, this project would leave a gap of just 30km in the northern route from Exeter to Plymouth. Many campaigners believe this could not only improve transport options for the area to the north of Dartmoor, but also provide a diversionary route when the vulnerable main line through Dawlish is effected by bad weather.

FoSBR hopes that all of these schemes succeed in gaining full funding.