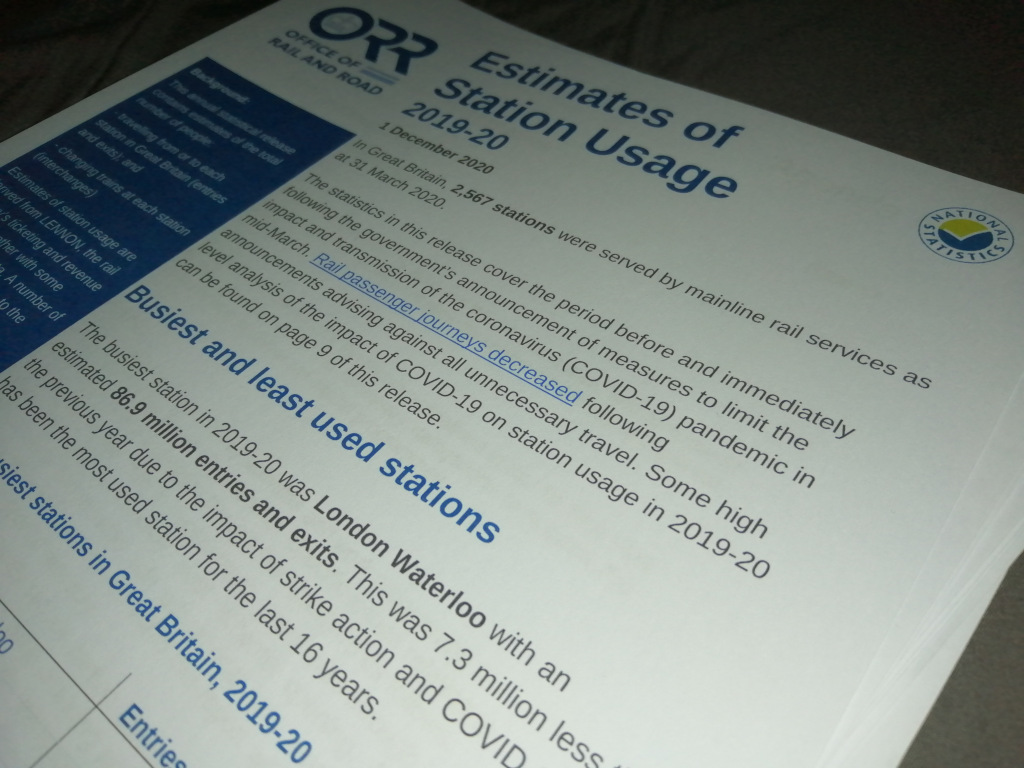 Every year the Office for Rail and Road (ORR) publishes statistics which estimate the number of passengers using every railway station on the national network. FoSBR have looked at the Station usage figures 2019-2020 to see how rail passenger numbers have changed in our area.

The busiest station in the country was London Waterloo, with nearly 87 million entries and exits. Bristol Temple Meads was the busiest in the South West, with 11,619,360 passengers, whilst Bath Spa was runner-up with 6,432,812. New stations opened in 2019-2020 were Robroyston in Scotland, Warrington West and, closer to home, Worcestershire Parkway. Redcar British Steel station closed, and Angel Road was replaced by a new station at Meridian Water.

In addition to the usual figures for the year from April 2019 to March 2020, ORR also produced an alternative dataset covering the period from March 2019 to February 2020. They have done this to give a benchmark for the last full year before COVID-19 struck.

We’ve updated our Passenger Growth page using the April to March figures to keep them consistent with previous years, but the March to February numbers are even more encouraging.

Stations on the Severn Beach line showed strong growth in March to February. Redland and Montpelier were both up by 39% on the previous year, Severn Beach, Avonmouth and Shirehampton up by over 20% and Clifton Down by 19%. On other lines, usage at Stapleton Road and Lawrence Hill grew by over 25%, Parson Street by nearly 20% and Bedminster and Filton Abbey Wood by over 10%. At Pilning, passenger numbers grew from 458 to 714 – a 56% rise.

Sadly next year’s figure will reflect the impact of COVID-19. It may be a few years before we see numbers returning to this level.