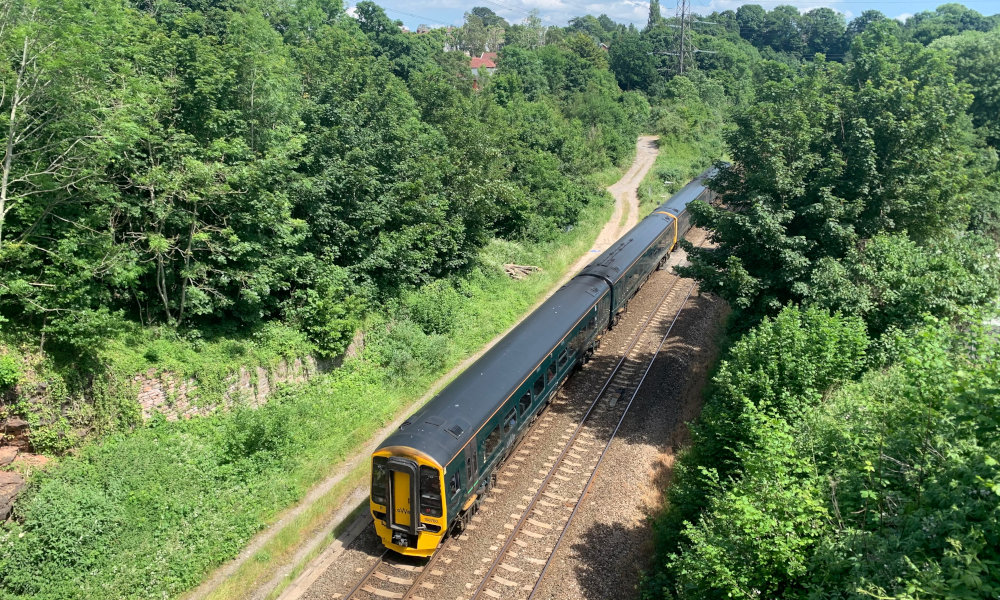 St Annes Park station is a proposed new train station about 2.5km east of Bristol Temple Meads. In 2020 local MP Kerry McCarthy, with local councillor Tim Rippington, submitted a successful bid to the Department for Transport (DfT) Restoring Your Railway scheme. This Ideas Fund money will allow a business case for the new station to be developed.

The Ideas Fund will contribute 75% of costs up to £50,000 to develop a business case for the station. This has to be submitted by November 2021.

The business case will estimate demand by looking at potential passengers living and working within a defined radius of the station.  The station adjoins St Annes Park, St Annes Woods and Nightingale Valley, and many homes are nearby. Would you use it? Fill in our survey and let us know how and when!

Residents and councillors have repeatedly said that St Annes is poorly served by public transport.  A new station would give rapid access into central Bristol and Bath, and be a gateway to MetroWest services and the national rail network. It would also relieve congestion on Wick Road, Sandy Park Road and the A4 Bath Road.

The new station’s catchment area extends to St Philips and Brislington. The site is also within a 15-minute walk, north or east, to the River Avon.  There is already a bridge linking to Redfield, and access to St George and Crews Hole could be improved by a new river crossing for pedestrians and cyclists.

Network Rail are focusing on the original St Annes Park station site east of Wick Road/Newbridge Road. The line from Temple Meads once had four tracks, reducing to two tracks at St Annes Park. Space may be available for a passing loop here, but this would be expensive.

Network Rail have said that without passing loops they can only timetable one additional stop between Bristol Temple Meads and Bath. On the face of it this is a problem, because St Anne’s Park and Saltford stations are both between Bristol and Bath. Saltford train station is the subject of a separate Restoring your Railway bid.

So the capacity analysis currently being undertaken for St Annes will look at various possibilities, including a reopened Saltford station.  If both stations were open, it may make sense for local trains to stop alternately at St Annes Park and Saltford. Both stations could then reopen without the need for passing loops. St Annes Park and Saltford would probably be served by the forthcoming half-hourly Avonmouth to Westbury service, but other services could also be involved.

The proposals currently focus on the the original site of St Annes Park station, but an alternative location at Langton Court Road was suggested in the application to the Restoring Your Railway fund.

There is a large area of railway land here, with the Down Goods Line loop just west of the high bridge at the edge of Bristol East depot and space for additional tracks. However according to Cllr Rippington Network Rail anticipate an increase in rail freight, which will make Bristol East depot increasingly important as a goods yard. This, and the difficulties in making it accessible, make this site less attractive than the original station location.

During Bristol East Junction remodelling, train operators are using Bristol East depot as a maintenance depot. This is to alleviate pressure on access to the Barton Hill and Kingsland Road depots.

Would you use St Annes Park train station? Please fill in our survey.