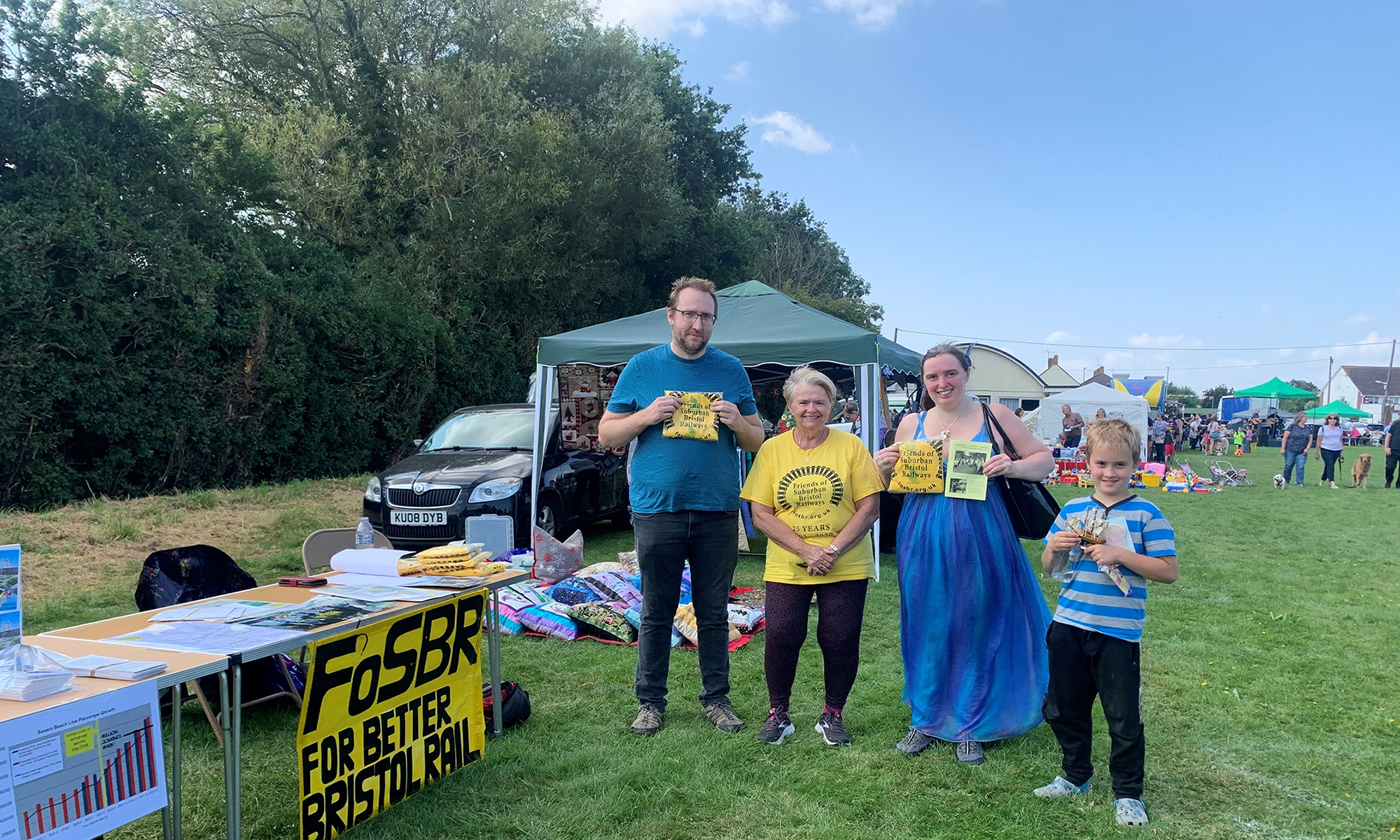 FoSBR provided a stall at the Severn Beach Craft Fayre and Family Fun Day on 4th September. It generated a lot of interest!

Locals remarked on how valuable they find the Severn Beach branch line.  Most were aware of the timetable improvements in December 2021, when the Severn Beach service will increase to hourly and the Avonmouth service to half-hourly.  Services are due to call at Portway Park and Ride from January.

Regular train users commented on how they have seen passenger numbers rise as workers at Western Approach Distribution Park disembark at Severn Beach with bicycles for the final leg of their journey.

Visitors to the fair from Redwick, Pilning and Easter Compton bemoaned the lack of service from Pilning station.  Other visitors came from as far as Almondsbury, Thornbury, Southmead, Horfield and Lockleaze, which gave us opportunity to discuss potential transport improvements in other areas of Bristol and South Gloucestershire.

The FoSBR Plan for Rail promoted a lot of comment and discussion, particularly our Lockleaze station campaign, and our longer-term ambition to see the Thornbury line re-instated for passenger services.

We sold several FoSBR anniversary t-shirts – one lovely family went away with a complete set of 3 t-shirts.  Thank you for your enthusiasm for rail Richard, Tabitha and Daniel!

We also sold some Severn Beach cards “From Severn Beach to Temple Meads and Beyond!” and gave out FoSBR membership application forms and newsletters, past and present.

Pilning and Severn Beach History Group had an interesting stall opposite ours and invited FoSBR members to an archive day on October 23rd where they will display some of their collection of historic images in Severn Beach Village Hall.

Auld allies Peter Tyzack, and Olga from Pilning Station Group stopped by and introduced us to other movers and shakers.

All in all a fun day was had by all.

Thanks to Teresa, Carol, Julie & Lionel for running the stall.