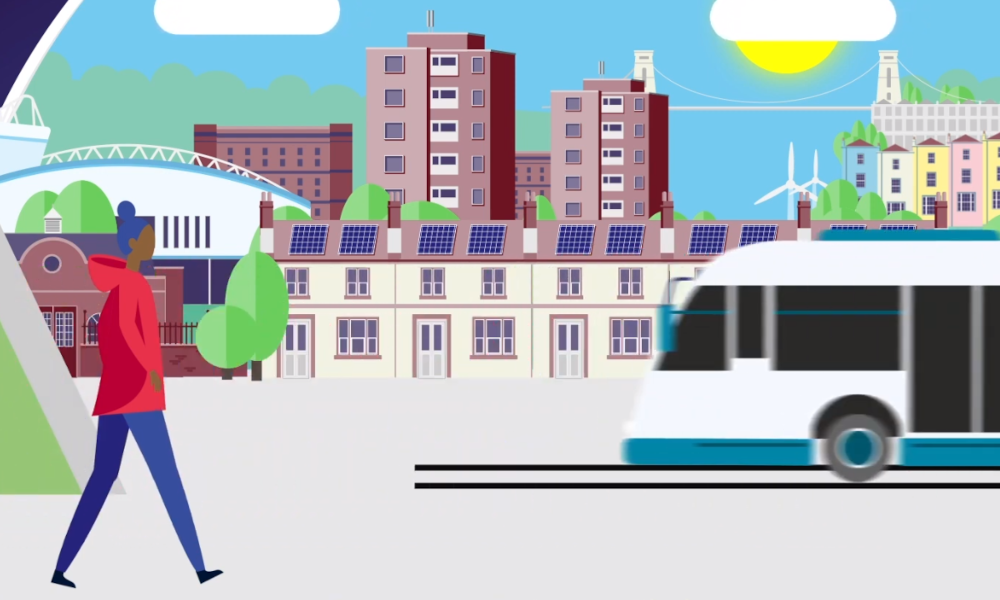 In the last few days the West of England Combined Authority (WECA) and Bristol City Council (BCC) have made public more details about transport planning in the area, including a bus-based rapid transit network and the as yet mode-agnostic mass transit system.

At the BCC Scrutiny Meeting on Thursday 11th March, Adam Crowther (BCC Head of Transport) gave a presentation outlining plans for a bus-based rapid transit network. These routes are part of the first set of medium term rapid transit schemes, designed to bring incremental improvement to the city’s transport network during over the next 5-10 years.

Adam indicated that the service would likely be delivered by a Belfast Glider equivalent vehicle. The Belfast Glider is a dual-unit (aka bendibus), low or zero emissions vehicle. These vehicles were described as superior to MetroBus double-deckers due to accessibility and being more tram-like in passenger experience.

Corridors will be “almost fully segregated”, particularly in the city centre, but not necessarily segregated for short stretches where there is little risk of congestion. Frequency of services were described as turn-up-and-go, so that there was little penalty when changing service.

Quality interchanges will allow local services, feeder services and orbital services to feed into the radial routes. Interchanges could act as mobility hubs to be the focus of local communities.

On the same day Bristol Mayor Marvin Rees gave a press conference to present new information about the longer-term mass transit system, which is described as having some underground running.

The proposed routes are:

WECA have already made available £1.5m to look into options and routes for mass transit. The mass transit could cost up to £4 billion, with half the funding coming from Westminster. WECA have previously indicated that projects of this scale can take several years to design, approve and build so it may be 15-20 years before the mass transit system is completed.

Speaking of the technology to be used, Marvin said:

The mass transit recommendation that FoSBR repeatedly hear is “don’t go underground”. One of the speakers at our January FoSBR AGM was Andrew Braddock of Bath & Bristol Trams who gave us several pearls of wisdom including: don’t dig an underground, public transport belongs in the streets, so take the private cars out. Tram introduction results in increased bus use due to interchange opportunities.

Andrew Braddock also described France’s experience of tram rejuvenation.  In the last 34 years, France has inaugurated 28 new tram networks. The average time from inception to start of service in France is 6 years. Compare and contrast!

One FoSBR member commented on the risks for the rapid transit of being “almost” fully segregated: “Remember the ongoing problems with MetroBus getting stuck in traffic jams?”

There will be a public consultation in summer 2021. A Strategic Outline Business Case is due to be completed by late 2021, this being the mechanism which forms the evidence base for the Government to decide whether to progress and fund the project.

Mass transit planning is framed by the Joint Local Transport Plan V4 and is driven by the requirements of the emerging WECA Spatial Development Strategy.

We cannot expect BCC or WECA to unilaterally transform the glacial UK infrastructure planning process, so let’s engage positively with them.

At the Scrutiny meeting, Adam also confirmed the details of improvements for local rail, including: