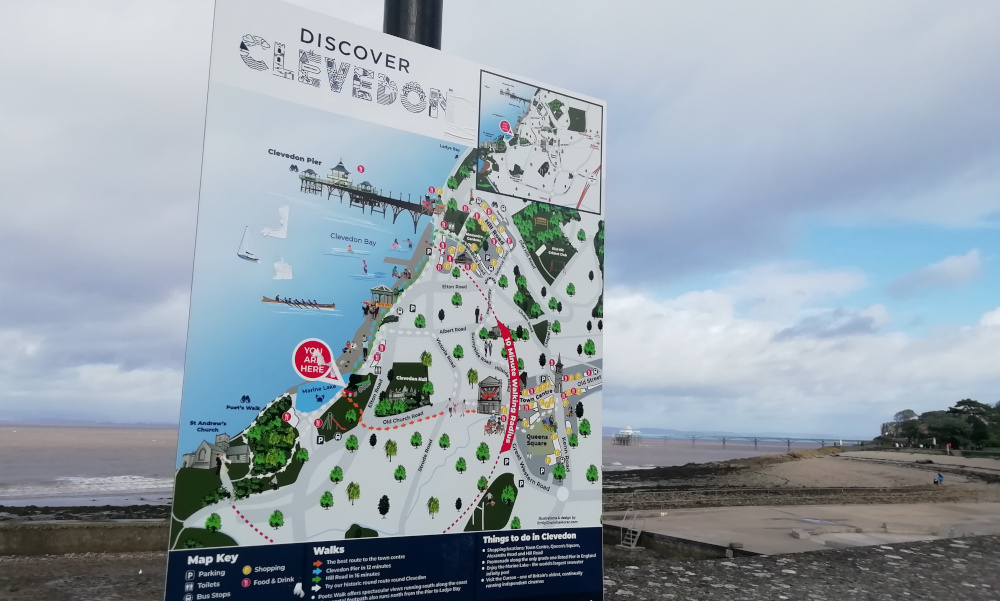 Clevedon, 18km to the west of Bristol on the Bristol Channel coast, has a similar population to Portishead. Portishead should soon, finally, be reconnected to the national rail network.

Gavin Smith of Transport for Greater Bristol makes the case that Clevedon should also have its rail connection restored:

Clevedon is at least in part a commuter suburb of Bristol. The town certainly needs a strong link to Bristol, the regional hub, as part of its transport offer. Weston super Mare, Nailsea, Yate and Keynsham all have good connections, but unlike them Clevedon no longer has a rail service to Bristol.

The route from Bristol to Clevedon used the Bristol to Weston super Mare main line as far as Yatton, before turning onto a short 5.6 km branch line across level countryside to Clevedon. The reopening of this line – like those to Portishead, Thornbury and possibly Radstock – should be a regional transport strategy priority of the West of England Combined Authority.

Route of rail line to Clevedon

Most of the old rail alignment is still available, except within both Clevedon and Yatton. The following works would be required to reinstate the line:

What do you think?

We would like to know what you think about Gavin Smith’s proposal. Do you think this is something FoSBR should be campaigning for?