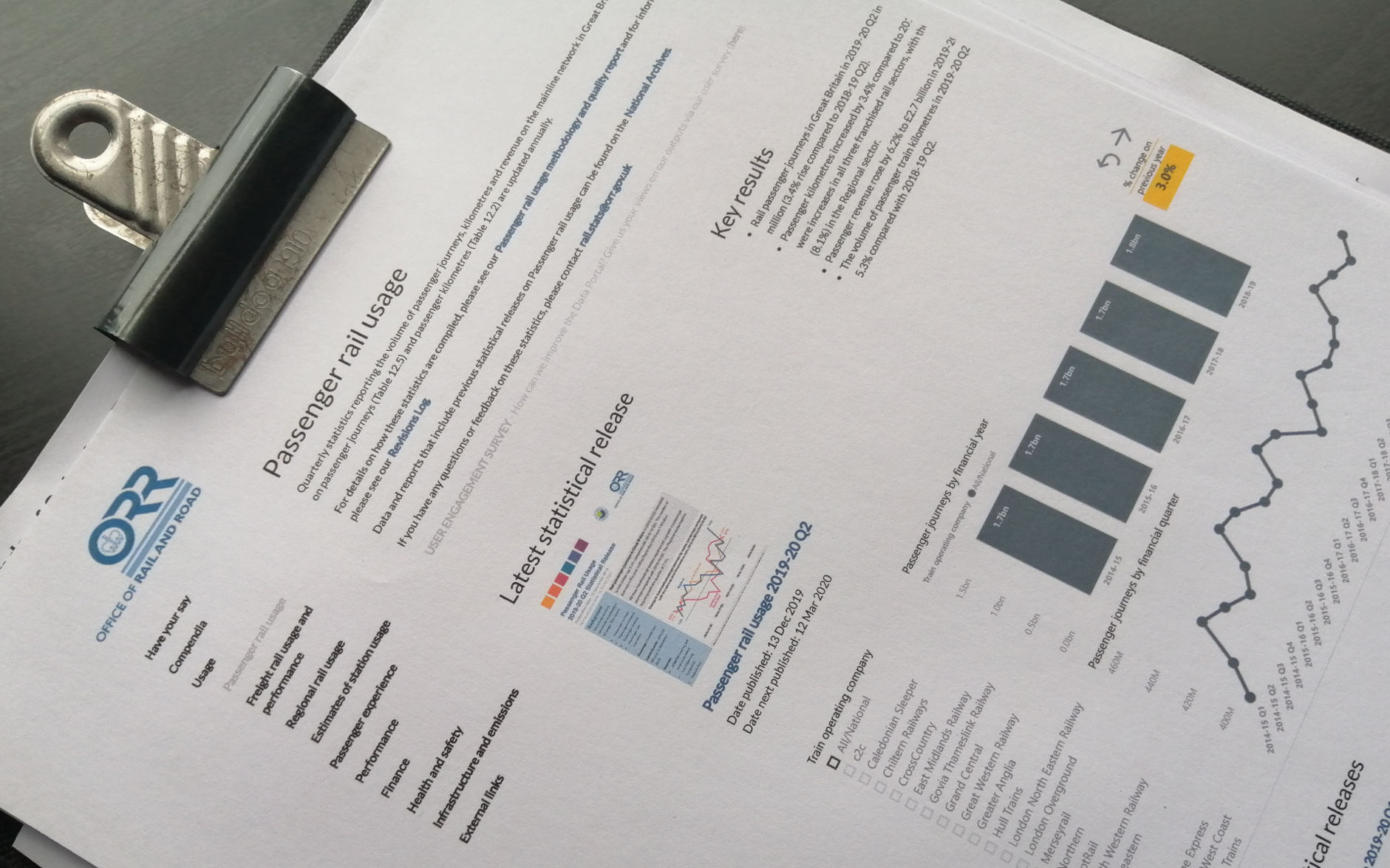 The latest official rail passenger numbers from the Office of Rail and Road (ORR) of show a mixed picture in the Bristol area, after a year of change.

The ORR station usage estimates were released on 14th January 2020. FoSBR have graphed the latest local statistics on our page here.

Across the UK, there has been an overall rise in passenger journeys of 3.4%. Some of the figures for our area look less positive, but this is due to a considerable amount of engineering work which will hopefully lead to future growth.

The ORR accounting period runs from end-March 2018 to end-March 2019.  North Bristol in particular was subject to a greater than usual number of engineering blockades in this period.  There were 7 weekend closures plus a 23-day blockade of Filton Bank in November 2018.

There are engineering line closures every year and we do not have exact numbers for weekend blockades in previous years, but if lines were closed for one month extra then passenger usage statistics would be expected to be approximately 8.2% lower.  Repeated engineering closures may have encouraged commuters to find other methods of transport.

Another factor may be problems in reliability of local services over the spring and summer of 2018 as the Bristol Area Resignalling project completed in March 2018.  Delays and cancellations continued over the summer, decreasing gradually until the November blockade. FoSBR recorded delays and cancelled services on the Severn Beach Line here.

The Severn Beach Line was closed during most of the Filton Bank blockade periods and for a number of other weekends.  Against this background, passenger numbers have held up remarkably well:

Growth in passenger numbers was recorded at the following stations to the south and east of Bristol:

The large stations of Bath, Gloucester and Weston-super-Mare showed some growth with 2%, 5% and 1% respectively and Bristol Temple Meads numbers were static.

Looking forward, next year’s statistics will also reflect a period of transition, as they will incorporate the GWR December 2019 timetable change increasing the number of services from Bristol to London.