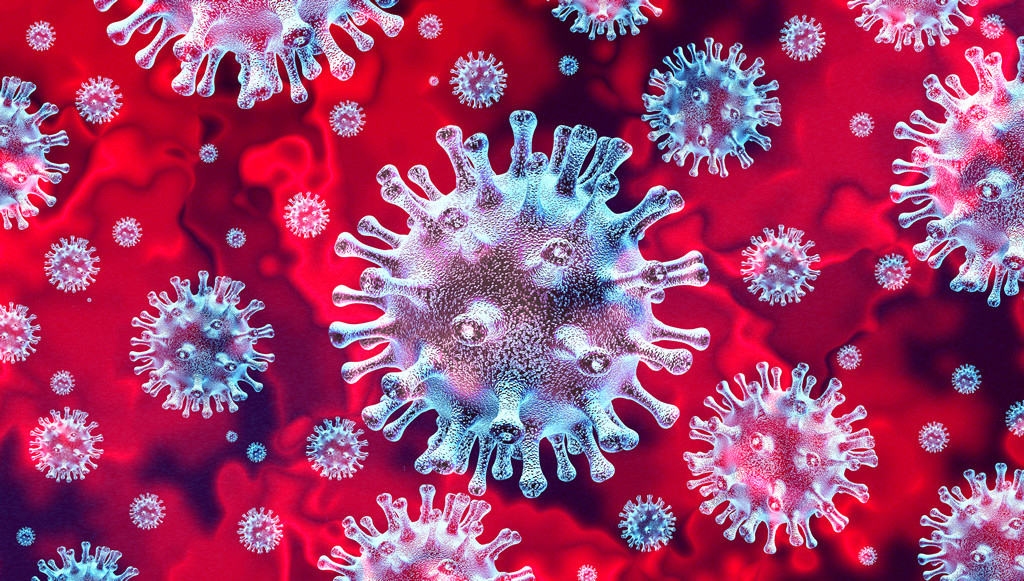 How should FoSBR position itself in these unprecedented times? FoSBR Chair Rob Dixon expresses the frustrations and opportunities faced by those involved in Rail Campaigning since the start of the Covid-19 pandemic.

The FoSBR summer newsletter (103) is currently winging its way to our members. We are mindful that we have followers who are not necessarily members, so here is an update on FoSBR’s current strategy in view of the Covid-19 situation of recent months.

Normally we would be promoting trains and public transport and urging people out of their cars. However we’re in a situation where people are being asked not to use public transport – in order to maintain social distancing for those who have no choice but to do so.

There is a debate in the rail industry about how to enable passengers to return to rail in sufficient numbers while ensuring that it can be safe, as there is a fear that high costs and low income are unsustainable in the long-term.

In view of this, FoSBR will not be supporting any event or organising any shared journeys at the moment. This year is FoSBR’s 25th anniversary. We hope to celebrate later in the year, but this depends on developments in the pandemic. We will keep this under review.

While we cannot currently encourage people to use rail services, it is now very appropriate and timely to campaign for public transport infrastructure.

The Government has recently announced an “Infrastructure Delivery Taskforce”, led by Chancellor Rishi Sunak, that aims to help to remove “bottlenecks” faced by major projects. Known as “Project Speed” among officials, we are told that the taskforce will be asked to assess building programmes to ensure that communities across the country can benefit more quickly from the improvements that infrastructure brings. If the Nightingale hospitals could be built and opened within weeks, there is no reason why workers cannot “rebuild and repair” our country faster than ever before. Apparently the P.M. wishes to see most of the projects finished before the next Election in 2024. At the time of going to press, most schemes are things that had been announced before and total £5 billion.

Of course, the devil is in the detail. As regards rail, major projects such as HS2 and Northern Powerhouse Rail are most likely to be aided by this fast track treatment. However we will have to see what other, lower cost, rail projects will be included. The problem is that rail projects are mired in rules and regulations that simply don’t apply to road schemes. Can the Task Force cut through all this quickly enough to enable works to proceed within the life of this Parliament – or will the task be too difficult so that road schemes (easier to accomplish) get priority? Let us hope that ‘Project Speed’ will be good news for the railways. At the moment, while building prisons, hospitals and roads have been mentioned, railways have not. We (and WECA, the West of England Combined Authority) need to press for rail to be included.

There have been some mildly promising developments. The formal agreement that MetroWest half-hourly services will be extended to Gloucester means that Charfield station will be built earlier, as part of MetroWest Phase 2. Additionally, WECA have delegated powers to their chief executive so that other decisions do not have to wait until the next meeting in October.

We understand that WECA applied to the New Stations Fund for Ashley Down station, in an attempt to expedite its construction. We have asked that they also accelerate Constable Road station.

WECA are bidding for ‘Restoring your Railway‘ funding to re-quadruple the line from Temple Meads to Parson Street – a project known as “Bristol West Capacity Enhancement”. They are also supportive of a bid by Wiltshire to run new services linking Bristol and Bath with Chippenham, Royal Wootton Bassett, Corsham and Swindon – “Restoring secondary services on the Great Western Main Line”. Readers may note that Royal Wootton Bassett and Corsham do not currently have stations.

A bid has been made to the government’s ‘Restoring Your Railway’ Ideas fund to examine the feasibility of a station in St Annes, Bristol. We think that similar applications could be made or development studies begun for Coalpit Heath and other stations proposed on the FoSBR Rail Map.

We would like WECA to ask the government to expedite the Henbury line and its stations and to actively seek funding to develop the other stations and services that have been proposed in the latest Joint Local Transport Plan.

As Councillor Kye Dudd (Bristol City Council Cabinet Member for Transport and Energy) recently noted at a WECA meeting, there is a national problem that rail projects involve a long process, are slow to proceed, and often come in over-budget. In Newsletter 102 we examined Network Rail’s GRIP (project management system) and came to a similar conclusion about the process being long, slow and very inefficient. Many other rail commentators have argued that rail projects are unfairly treated in this country.

Although money is available, some of it must be spent (on transport schemes) by March 2021. This means that, if schemes are not at a stage where money needs to be spent, it is then spent developing different schemes, such as shovel-ready road schemes. Even when rail schemes are prioritised, the time spent and the onerous nature of jumping through Network Rail and the government’s various hoops means that it is likely that a road scheme will be developed while waiting for the rail process to be completed. There is of course no shortage of road schemes in WECA’s plans.

In terms of costs, it cannot be denied that rail budgets slip. Indeed we have seen the cost of the Portishead line treble in ten years. Again, some of this is likely to be due to GRIP’s gold-plated engineering and inflation over the time taken to go through the process. However the same can certainly also be said of MetroBus and the South Bristol Link Road (an expensive road without the promised MetroBus link). Nationally, in 2018, it was reported that Highways England’s major schemes were running £2.9 billion over-budget and schemes were being pushed back into the following investment period.

An article in Construction News in 2017 entitled “Why are most construction projects significantly exceeding their budgets?” said that “in the UK, it seems the norm for construction projects to go beyond budget”. The common reasons for this are failure to create a proper, costed plan; shortages of key staff (such as with engineering skills); costs associated with bad weather, such as having to pay staff who do not work and for equipment that is not used.

So, the argument that rail is difficult and expensive (once given by a past West of England transport member to campaigners as a reason for not improving rail services) is put into context. Other factors – the benefits of and need for mix of transport modes and the governance of WECA – also need to be considered.

In June Sajid Javid, former Chancellor of the Exchequer, called for government to bring forward infrastructure investment as a key part of the economic recovery from Covid-19. He also stated that the government needs to look at local control of this process; in our patch, WECA should be leading this.

Many campaigners argue that the way WECA is established and works makes it harder than necessary to develop rail schemes.

Unlike other transport authorities in the group of Core Cities, WECA is not properly staffed to develop or examine transport schemes. This is why they have repeatedly had to employ specialist consultants. As well as being expensive, it means that there is no local body of rail knowledge and experience (as would be standard elsewhere), schemes are piecemeal and progress variable. This is likely to cause delays. If WECA’s transport planning were better staffed and resourced – in a similar way to Manchester, Liverpool or Sheffield – this could make ongoing development of the local rail system easier.

Additionally, WECA have declined to take bus or rail powers that would enable them to commission, coordinate and oversee services. This led to a situation where bus operator First Bus reviewed bus services with a view to developing an integrated network, in the absence of planning by the transport authority (WECA). While First Bus can plan a comprehensive bus network, GWR cannot create new rail lines so easily. More recently, it was Bristol City Council rather than WECA that developed a transport plan. Such fragmented decision making would not happen in other cities. On top of this, operators are often not even involved in planning – which leads to poor decisions such as the removal of MetroBus bus lanes.

WECA have repeatedly stated that construction of Henbury Spur requires contributions to be received from the development of Filton airfield and that services cannot run until housing is occupied (because this will impact the cost-benefit and they will be responsible for any losses in fares). However this should not mean that construction cannot start – because we understand that the government funding is available. We do not see any reason why construction cannot start now so services are running at the earliest opportunity.

WECA and our Metro Mayor do not appear to be proactive in promoting the region or seeking funding, unlike other mayors. Andy Burnham, Mayor of Greater Manchester, is forever in the media making points about what Manchester needs or deserves. Rail magazine note that he points out that, by receiving money to cover financial losses resulting from Covid-19, Transport for London has been treated differently and better than other cities. He says “there is no good reason why London gets treated differently from Manchester, Bristol, or Liverpool”. It’s good to see a metro mayor standing up for our region. Shame it’s not ours…

Ignoring any inadequacies of cost-benefit analysis, when comparing various sustainable modes of transport, cycling or bus schemes can often be cheaper and have a higher benefit-cost ratio than rail. This is particularly the case for cycling infrastructure which tends to be relatively cheap and with a very high benefit. However we should not fall into the trap of pitting one sustainable travel mode against another, since we need a mix of modes that cover different needs. If most car journeys are less than two miles, then promoting cycling and walking as an alternative may make more sense for many of these short journeys than rail, bus or tram.

Bus or tram is good for many local journeys and for going where rail cannot. Traditional (heavy) rail is great for high volume and rapid transit. While you might cycle from Yate to Bristol, you cannot do it in half an hour!

When the money is already available, it seems a no-brainer to start constructing schemes that have already been agreed and to develop the next stages. Where money is not in place, WECA should be working proactively (as a unified body rather than a loose one of fragmented and competing local authorities) to press government for funding. They also need to develop a comprehensive rail and sustainable transport network – rather than focusing on road schemes or an expensive underground or rail line to the airport.

Public transport infrastructure investment, of which rail is a vital part, is key to Covid-19 recovery, air quality improvement and response to climate change. WECA and our local authorities need to act accordingly.