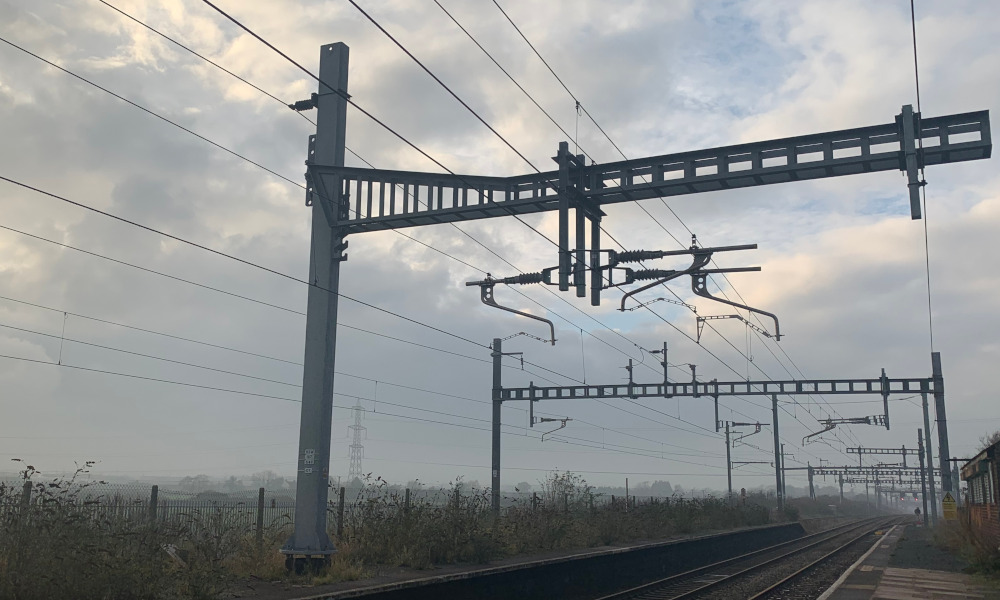 The South East Wales Transport Commission recommends that six new train stations should be opened between Cardiff and Severn Tunnel Junction. Meanwhile, the West of England Combined Authority (WECA) plans to open one new station at its end of the Cardiff to Bristol route, and will consider the possibility of rebuilding the footbridge at Pilning some time in the next ten to twenty-five years. Is this a balanced approach to cross-border connectivity?

The South East Wales Transport Commission was established to look into ways of reducing congestion on the M4 motorway around Newport. It concluded that the best approach is to upgrade the already four-tracked South Wales Main Line (SWML) so that new stations can be built at Newport Road (Cardiff), Cardiff Parkway (St Mellons), Newport West, Newport East (Somerton), Llanwern and Magor.

These new stations will be integrated with new bus and cycle corridors. 90% of the population of Cardiff and Newport will be within a mile (1600m) of a rail station or rapid bus service.

But a lot of that congestion on the M4 is made up of people driving to and from Bristol. These improvements are very welcome, but how will they serve people travelling from South Wales to work and play on Bristol’s northern fringe?

One new station – and maybe a footbridge – in England

East of the Severn, WECA have some promising plans to improve local rail services, including the long-term possibility of a Severn Beach to Yate service via Henbury and Bristol Parkway. But on the Cardiff to Bristol route a new station at Ashley Down is the only major improvement, and it is not clear whether trains from South Wales will stop there.

Amazon’s hub near Severn Beach is just 1800m from Pilning Station, but that station’s ‘parliamentary’ service is of little use to Amazon workers. Bristol Zoo’s new location and the regional shopping centre at Cribbs Causeway are about 3km from Pilning Station, and The Wave surf centre is 1200m away. All could potentially be served from there by an integrated bus service and cycle paths.

FoSBR and others have long campaigned for a better service at Pilning.

Significant investment will be required to allow for a good service. A new footbridge is obviously the first step so that the second platform can be reopened (allowing trains in either direction to call), but in addition the track and signalling may need to be upgraded so that trains can stop without disrupting faster through services. This is, however, similar to the kind of investment proposed west of the Severn.

Aztec West business park is a major employment centre. The South Wales main line passes very close by, and others have suggested that a new station west of the A38 would have a very good catchment. However this part of the route consists of two tracks in a deep split-level cutting. It is likely that building a station here would be expensive, and the need to find paths for slow and fast trains would probably limit the number of services that could stop here. FoSBR are not currently campaigning for a station at this site.

Patchway Station has a slightly awkward location, but with improved links it could be a much more useful transport asset. Although it is about 2km from Aztec West, there may be scope for improved pedestrian and cycle access by making a better connection under the A38 to Aztec West, perhaps via Waterside Drive. Patchway Station is 350m north of Gipsy Patch Lane (soon to be part of the Cribbs Patchway MetroBus Extension); Station Road gives a direct low-traffic connection. There may be room to add track capacity at Patchway if it was required.

FoSBR is campaigning for a new station at Lockleaze, on the four-tracked section of Filton Bank north of Constable Road. Lockleaze is a largely residential area, but with improved bus, cycle and pedestrian links this station would also serve Southmead Hospital 1600m to the west.

Ashley Down is the only new station between Bristol and Cardiff currently planned for the English side of the Severn. Initially this station was seen as serving the new Henbury line, but it has been suggested that other services could call here. Ashley Down is well sited to serve the City of Bristol College‘s Ashley Down Centre, as well as Gloucestershire County Cricket Club‘s Brightside Ground.

The UK Government is calling for evidence for its Union Connectivity Review, which includes transport links between Wales and England. The review is chaired by Sir Peter Hendy.

Transport… is the most effective enabler of an effective growth strategy. The ability to move people and goods across the country is vital to the success of business, the growth of regional economies, and access for people to jobs, housing, education and health services, so good transport connections are needed to ensure that regions across the UK are able to maximise their potential.

…this review is about – and I am interested in – what can be done to invest in and widen the benefits of growth and cohesion across the UK.

FoSBR have responded to this call for evidence. We agree that more stations are needed between Bristol and Cardiff, and argue that investment at the Bristol end of the Cardiff to Bristol route should match that planned west of the Severn.