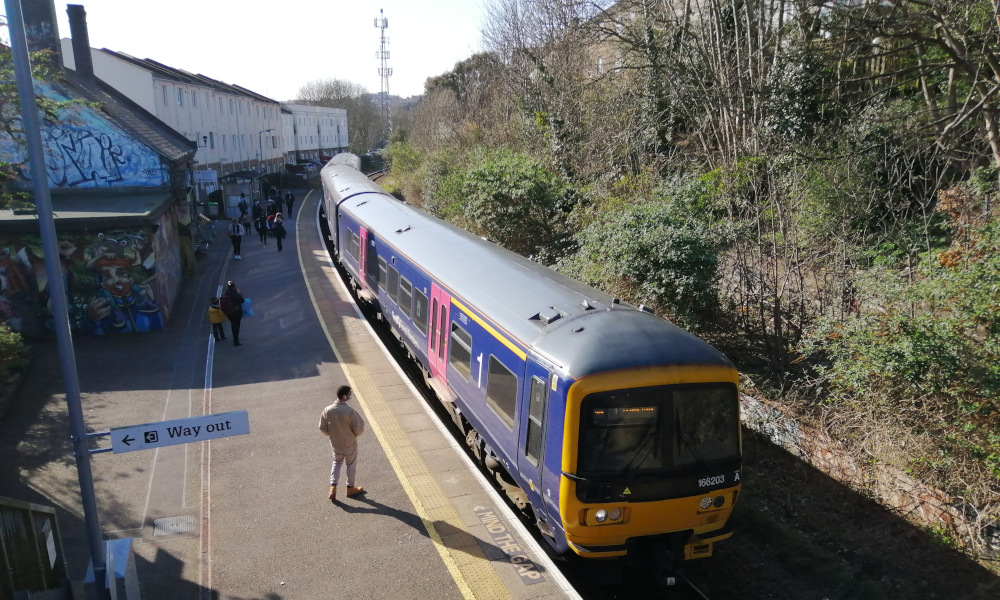 Carol Durrant and Tim Weekes of FoSBR met Councillor Tim Wye of Ashley Ward at Montpelier station in June. This was part of our outreach programme to introduce newly elected councillors to FoSBR. We talked about FoSBR’s Plan for Rail, with more services to more destinations forming the core of an integrated sustainable transport system for Bristol, and how this affects Montpelier.

We discussed the forthcoming MetroWest improvements. The half-hourly service to Avonmouth will bring a better frequency of service to Montpelier in December 2021. This will be complemented by Ashley Down train station, close to the eastern edge of Ashley ward, for which a planning application was submitted on June 28th (ref 21/03523/RA). Ashley Down is due to open in 2023.

A train every 15 minutes?

GWR plan to start a half-hourly service from Avonmouth to Bristol Temple Meads from From December 2021. We hope this will jump-start a rebound in passenger numbers after COVID. Looking further ahead, the West of England Combined Authority plan to double the line from Narroways Junction to Montpelier. This will allow for a train every 20 minutes from Temple Meads to Avonmouth.

FoSBR are campaigning to re-double the track all the way from Narroways Junction to Clifton Down. This would allow a turn up and go, every fifteen minutes service from Bristol Temple Meads to Avonmouth. However this would mean the re-instatement of the disused platforms at Redland and Montpelier, and access to these would need to be Equality Act-compliant. At Montpelier, this would probably necessitate long ramps or lifts to the footbridge.

Montpelier as an interchange

The access to Montpelier station from Cromwell Road is not accessible to people with disabilities, but it is well-used.  A relatively small investment in a build-out into Cromwell Road would make it safer for passengers to cross the road here. It would also allow for more prominent signage.

Councillor Wye agreed to raise the possibility of a build-out with the highways department. He thought it unlikely that funding would be available at this time, but Bristol City Council may acknowledge it as a longer term ambition.