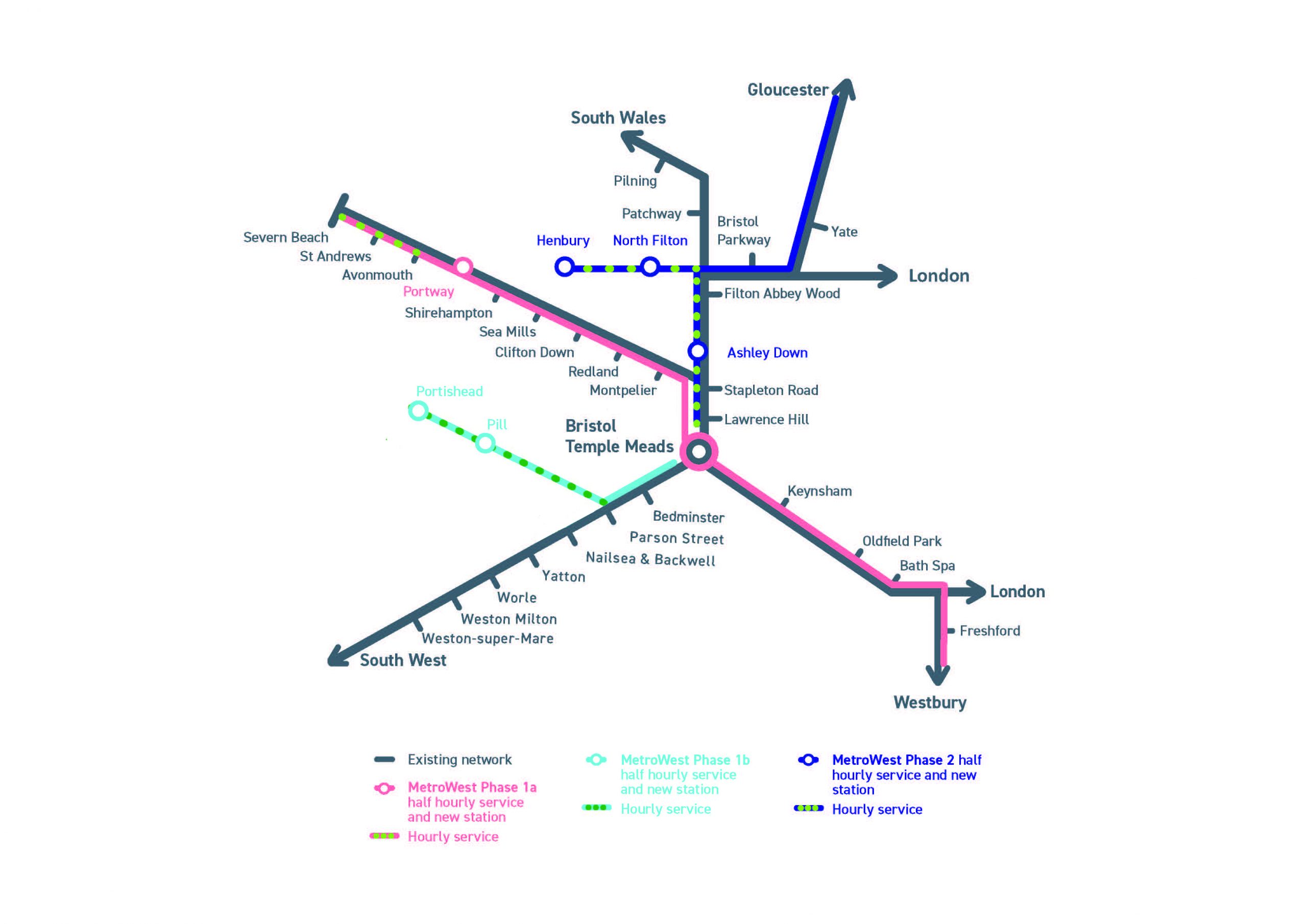 The West of England Combined Authority (WECA) has announced plans to extend the scope of MetroWest. In the north, trains will terminate at Gloucester instead of Yate, and in the east trains from Severn Beach and Avonmouth will continue beyond Bath to Westbury.

Proposals to extend MetroWest to Gloucester and Westbury have been on the cards for some time, but it is pleasing that WECA have committed to this. More work will now need to be done to confirm costs and timescales.

The new MetroWest rail network is going to get our region and its economy moving. It will help create jobs, connect our communities and create more than 1 million new journeys on our railway network each year. It will also help us cut carbon emissions, ease congestion and improve our region’s air quality so I’m very pleased that by extending services to Gloucester and Westbury we will give even more residents see those benefits that I know they have been calling for.

However Cllr Kye Dudd, Bristol City Council’s Cabinet Member with responsibility for Transport, Energy & New Green Deal expressed his frustration with the time taken to deliver rail projects, particularly if rail is to help address the climate emergency. Cllr Dudd stated that the delivery of rail projects was not quick enough, not responsive enough, and the budgeting process is not fit for purpose. He singled out Portway Park and Ride which has seen many delays but will finally see construction start in September 2020.

This is not a local problem. Dudd pointed out that this was a national problem with rail investment projects.

Leaders of the Western Gateway, an economic partnership across south Wales and western England, have welcomed the decision to extend MetroWest to Gloucester and Westbury. Chair Katherine Bennett said:

‘I am delighted to see the extended scope of this project and know that it will be welcomed by many of our partners. We have collectively identified connectivity as a critical theme for the partnership to develop and rail is an area which clearly crosses multiple boundaries and connects our economy with London and the other powerhouse areas. We will add our collective weight to the work already being done by our Local Government colleagues working with the likes of train operators and Network Rail to progress opportunities such as Metrowest 2’.