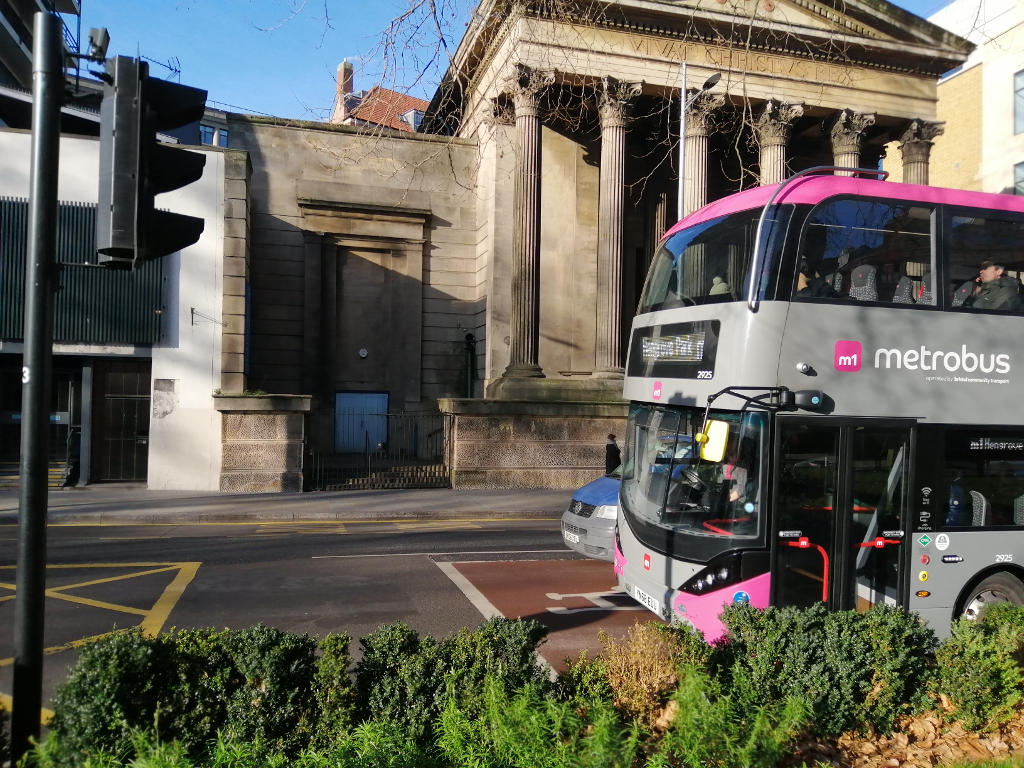 James Freeman, MD of First West of England, has stated in an open letter that MetroBus may have been a waste of money because traffic congestion stops his buses getting through.

Bristol has been crying out for a rail-based rapid transit system for decades. Various schemes have been proposed, but all have fallen by the wayside for one reason or another.

MetroBus was proposed as an affordable alternative to trams. High-specification guided buses with streamlined bodywork would give Bristol, and its surrounding area, rapid transit for a fraction of the cost of a tram system.

£230 million was spent on developing the scheme, and it is still being expanded. Whilst elements such as the bus-only junction on the M32 and the 2km guided busway at Ashton were unquestionably investments in public transport, other parts such as the South Bristol Link are just general-purpose roads. And some argue that the short guided busway section was about ticking boxes to obtain funding rather than making buses go faster.

Putting past controversies to one side FoSBR welcomes high-quality bus services, especially when they are well-integrated with rail services.

So it is disappointing to see that MetroBus is failing. In an open letter published on the First Group website James Freeman says:

£230 million of public money was spent on creating metrobus, on top of which the operators have invested £10.5m on top-of-the-range buses. It’s largely wasted if we can’t run the service properly or at all. Not only that, if our much-vaunted metrobus system, by which so much store has been set, is not to be entirely discredited as an alternative to driving cars, then somehow the way has to be found to make these metrobuses able to run through these areas of increasingly chronic congestion.

We were promised a tram-like experience running on prioritised busways. What we got, for the most part, is a bus-like bus crawling along road-like roads.

Anyone who has heard James Freeman talking about Bristol’s bus service will know that he is not a man to mince his words. But he doesn’t appear to have an answer to the question of beating congestion.

We have a suggestion!

MetroWest, WECA’s plan to re-open the Portishead and Henbury railways will help. But further rail investment to re-open long closed stations and to increase service frequency to better than half-hourly is urgently needed.

We also need to see progress on the long-awaited tram system. With good integration between trains, buses, MetroBus and trams we can relieve congestion and bring Bristol into the 21st century.