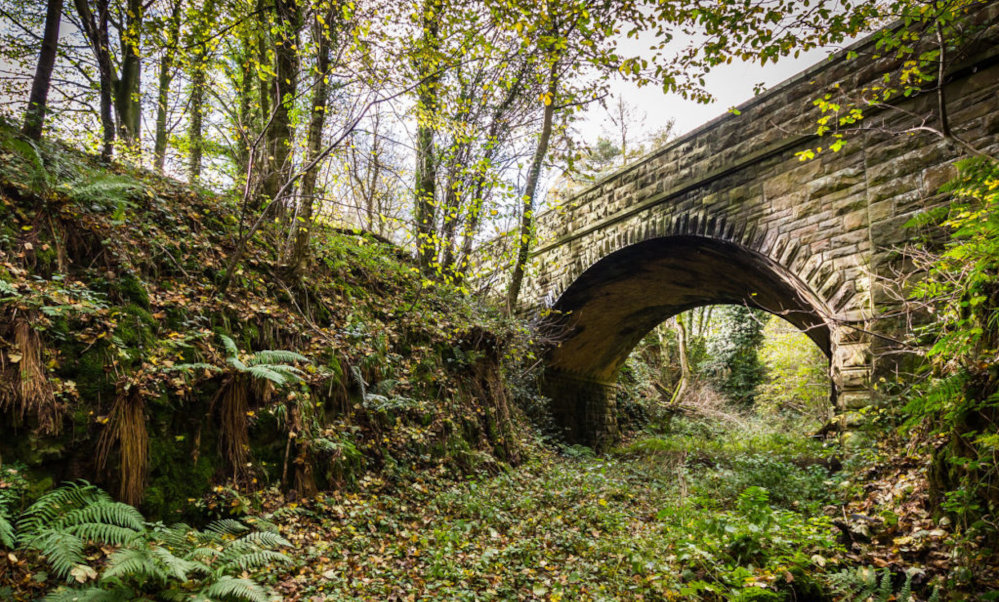 Historic railway structures are at risk as Highways England plan to infill or demolish a number of bridges and tunnels without properly assessing what the effect would be on any rail or active travel proposals.

Following the Beeching report in 1963, many railway lines in the UK were closed and much of the infrastructure was dismantled. Many fixed structures such as cuttings, bridges, abutments, viaducts and tunnels were destroyed. But not all…

Those that survived became part of the British Rail “Burdensome Estate”, this name showing the regard with which these structures were then held. This estate passed between various departments until, in 2013, it became the responsibility of Highways England (on behalf of Department for Transport) as the Historic Railway Estate (HRE). So Highways England became responsible for the inspection and repair of some 3,800 railway heritage assets, including 74 listed structures, and for their disposal where considered necessary. Ever since the closure of the lines in the 1960s, the various bodies responsible for the non-functional railway estate have continued to dispose of these assets. This has made many rail re-openings impossible or so expensive as to be impractical – routes that would have made a valuable contribution to reducing pollution and congestion in our town and cities. However, slowly it was realised that some use could be made of closed lines and associated land – for cycle ways (such as the Sustrans railway path from Bristol to Bath), bridleways, public footpaths and nature reserves; also, of course, that some of these routes could be re-opened as normal railway routes or as extensions to heritage lines.

Highways England has been undertaking occasional bridge infilling projects since it took over responsibility for the HRE in 2013. One of them, at Chilcompton in Somerset, involved infilling a bridge over the old Somerset & Dorset line in 2015 – which effectively has blocked a future southern extension to the line operated by the Somerset & Dorset Railway Heritage Trust, despite Mendip District Council having a policy that protects the former track bed. The Trust only heard about this second hand when it was too late to do anything. The Trust’s bridge inspector said there was no safety justification for the works.

It now seems that Highways England is speeding up the disposal of properties in a sneaky way. Letters have been sent out by Jacobs to local planning authorities telling them that Highways England plans to infill or demolish old railway structures in their area. This has prompted a group of engineers, cycle campaigners and heritage campaigners to form The HRE Group to fight these proposals because of the following issues:

In response to a Freedom of Information request from the HRE Group, Highways England said that they were planning to infill 115 bridges and to remove 15 structures over the next 5 years – this being for safety reasons. They added that the road bridges in question have failed their structural assessment and so infilling is the safest option. The structural assessment, called BD21, checks a bridge’s capacity to carry loads – 40 tonnes is the top classification (for the heaviest lorries) but there are lower classifications for 26, 18 or 7.5 tonnes. The problem is that highways England fails a bridge structure if it does not pass the 40 tonne loading test – even though the bridge may never have been designed for 40 tonnes or they are on roads that are not suitable for such loads. In other words, they are using a bridge’s inability to carry loads that it will never meet, to claim that it is unsafe and thus requires emergency infilling – a strange logic!

The HRE Group has produced a map of historic railway structures at risk of demolition or infilling by Highways England. Around the Bristol area, there are two entries:

Whitchurch Bridge, where the A37 crosses over the old Bristol and North Somerset Railway line at the southern edge of Whitchurch, is proposed for infilling. As the rail alignment has been completely severed by development, there may be little objection to the proposal.

Horse Batch Bridge on Titlands Lane, near Wells – where it crosses over the Cheddar Valley Branch (Strawberry Line). The line is on a proposed cycle route (extension of existing Yatton→Cheddar trail towards Wells and Shepton Mallet). Jacobs recently informed Mendip District Council of their intention to infill this bridge. This would have made it much more difficult and expensive to extend the cycle route. But engineers changed their minds four weeks later claiming that the work was no longer necessary as a result of £16K worth of repairs carried out ten months earlier. The Council’s planning team had challenged the lack of detail and illegitimate use of permitted development powers.

Thus at present there does not seem any re-usable structures around Bristol on the HRE hit list. However there are examples around the country where viable structures are threatened with infilling, such as the bridge shown in the main image. This is one of two bridges near Alnwick (in Northumberland), on the line of the proposed cycle/ pedestrian route known as the Alnwick Greenway on the former Alnwick to Cornhgill branch line. In May 2020, Alnwick Town Council, Civic Society and a rambling group objected to the proposed infilling of these bridges. Jacobs recognized that the schemes would conflict with local policies to safeguard disused railway lines and reuse them for leisure purposes. Nothing happened for four months; then the firm told Northumberland County Council that the infilling schemes would be going ahead under permitted development powers “in order to prevent an emergency arising.” However inspection reports record both bridges to be in generally good condition, with a low risk ranking – so what is the emergency? Without being able to pass beneath the bridges the proposed route would need to have a path built round one of the bridges and users would have to cross a busy, fast road at the other. A supporter of the Greenway scheme said “How can one part of the Department for Transport spend huge amounts of money promoting walking and cycling, whilst another is taking a wrecking ball to the prospects of creating more safe paths?”

The simple answer is yes. In December 2020 the HRE Group wrote to transport minister Chris Heaton-Harris expressing its concerns over the potential long-term impacts of Highways England’s new approach to managing the Historical Railways Estate.

It has asked for assurances that “no HRE structures will be demolished or infilled without assessments first being undertaken of each scheme’s impact on proposed or potential reuses of the relevant disused railway alignment and that Jacobs/Highways England will fully engage with normal planning processes to ensure that all proposals are subject to effective and appropriate scrutiny in relation to local development plans and policies, and through consultation with local rail and active travel groups.”

There is no way that all historic bridges and other structures can be kept forever. Some will have deteriorated to such an extent that they have to be demolished or replaced and others will have no possible future use. But just getting rid of assets, without a proper evaluation of their potential, is very short sighted; Highways England seems to be taking on the role of judge, jury and executioner in a rush to reduce liability. If you are concerned about this, HRE Group has set up a petition which you can use to register your support for the campaign.