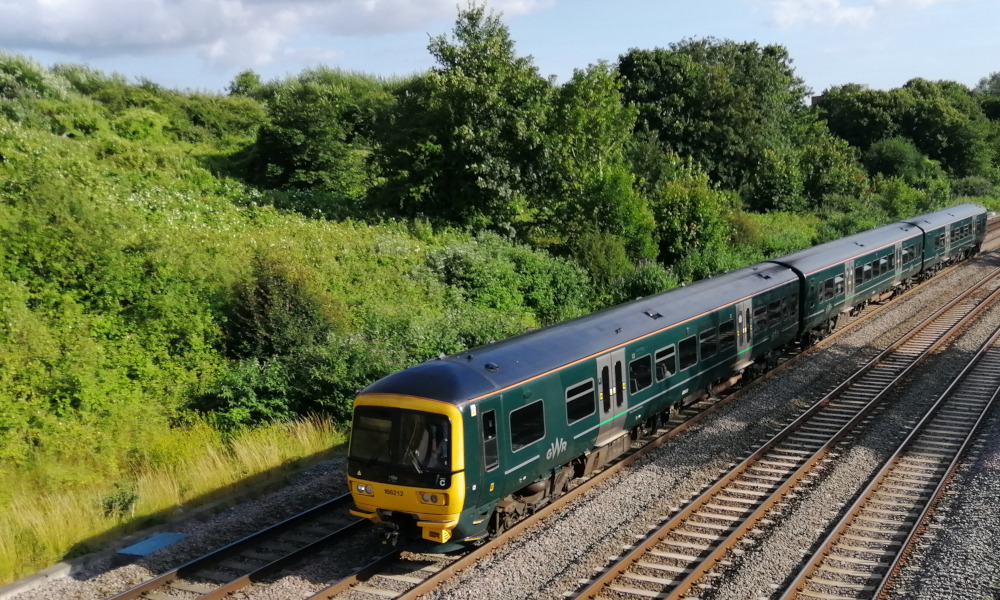 GWR held their annual stakeholder conference in Cardiff on 18th October 2021. This was a hybrid meeting, with some people attending in person and many others attending online.

GWR underestimated the number of people who were happy to travel to Cardiff for the conference, and many (myself included!) had to revert to video-conferencing. This was disappointing in one sense, but encouraging in another: people are returning to their trains.

Mark Hopwood, Managing Director of GWR, opened with a summary of the current situation. Revenue is at 65% of pre-COVID levels. The Government is continuing to support the railway to the tune of £70 million per week. Passenger levels are a mixed story; on the St Ives branch line loadings are at 130% of pre-COVID levels, and the London to Cornwall route has seen the best recovery of all UK main-line services. Loadings on peak commuter services into London, however, remain light.

GWR have trained 120 new drivers in the past year, but this has only kept pace with drivers who have left. GWR’s efforts to train drivers have been complicated by COVID precautions, but from 18th October normal training has resumed. This should speed up the process.

Locally, GWR have opened a new Train Crew Depot at Bristol Parkway which will improve efficiency.

We were reminded of just how much has been achieved in the last year. Locally, Bristol East Junction has been a huge investment. Prior to this work, the newly four-tracked of Filton Bank joined the two tracks of the London line and then funnelled into five tracks at Bristol East;. The new arrangement has six tracks and a much better arrangement of switches and crossings.

Further afield, the Dartmoor Line is an example of how quickly Restoring Your Railway schemes can bear fruit when all parties – Government, GWR, Network Rail, MPs, local councils and local campaigners – pull together. Funding for this line, from Exeter to Okehampton, was announced in March 2021. Over the summer Network Rail replaced 18km of track, repaired 21 structures and installed new communications and signalling equipment. The line will reopen in November 2021, restoring daily services after a gap of 49 years.

Mark Hopwood pointed out that hybrid trains allow a phased introduction of electrification: as the wires are extended, trains can increase their electric mileage. It is clear that Oxford and Bristol remain priorities. Hopwood also stated that even though money is tight, the Government will still respond favourably as long as the business case is convincing.

Andrew Haines, CEO of Network Rail, updated the conference on progress towards setting up GBR. One of his key points was that the current confusing fare system discourages people from using trains. Reforming this is now seen as a very high priority.

Haines will also prioritise finding ways of delivering projects quicker and at lower cost, such as Project Speed. This aims to halve the time taken to deliver improvements, and reduce costs. It won’t impact work which is already in the pipeline, but should help with new investments.