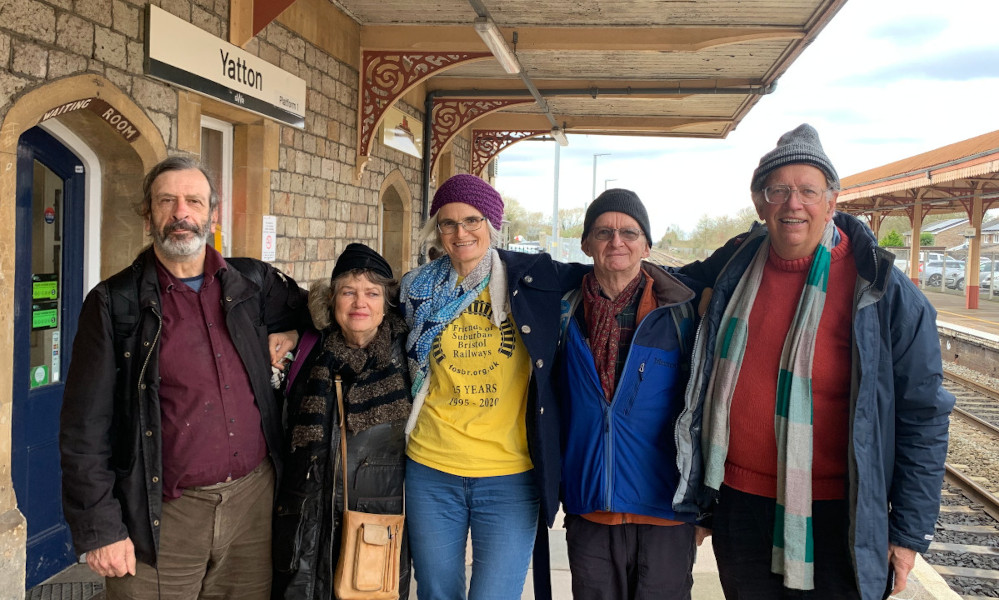 Since December 2021 Bristol has had a cross-city train service, with regular trains linking Severn Beach, Bristol Temple Meads and Weston-super-Mare. Graham Ellis recently joined friends from FoSBR  to learn how this was working.

Bristol’s local railway services now link across the city – through services across Temple Meads station.  What an excellent idea – whilst Temple Meads is a major interchange, it’s not everyone’s destination.   I started off by joining the train that arrived from Weston-super-Mare at around 08.40 and carried on to Severn Beach. As I would have expected, lots of people getting off having come into Bristol and relatively few joining, being “against the flow” at that travel-to-work time. But a noticeable number stayed to travel through, mostly to Lawrence Hill.

Coming back though the city on the 10.00 from Clifton Down – a busy train – a handful of people in addition to the FoSBR group stayed on at Temple Meads.  I chatted with one gent who was delighted to have a though service from Avonmouth to Weston-super-mare.

In the afternoon, came back into Temple Meads on the 16.30 from Bridgwater – that one was an HST from the West Country headed, after a pause in Bristol, for Cardiff.  This called at Parson Street and Bedminster. There were lots of people standing on the final approach into Temple Meads and those stops were right.  I didn’t look at how many people got off as I was keen to be away in an attempt to make a connection.

Early days, but the move to link these trains looks like it’s a good one and already showing utility, as well as perhaps being operationally convenient.  So – how to market it?  Some of the folks there were discussing this and looking at “Soundbites” – “Sea to city to Sea” – joining up a through train through Bristol’s suburban station to the sea at both ends.