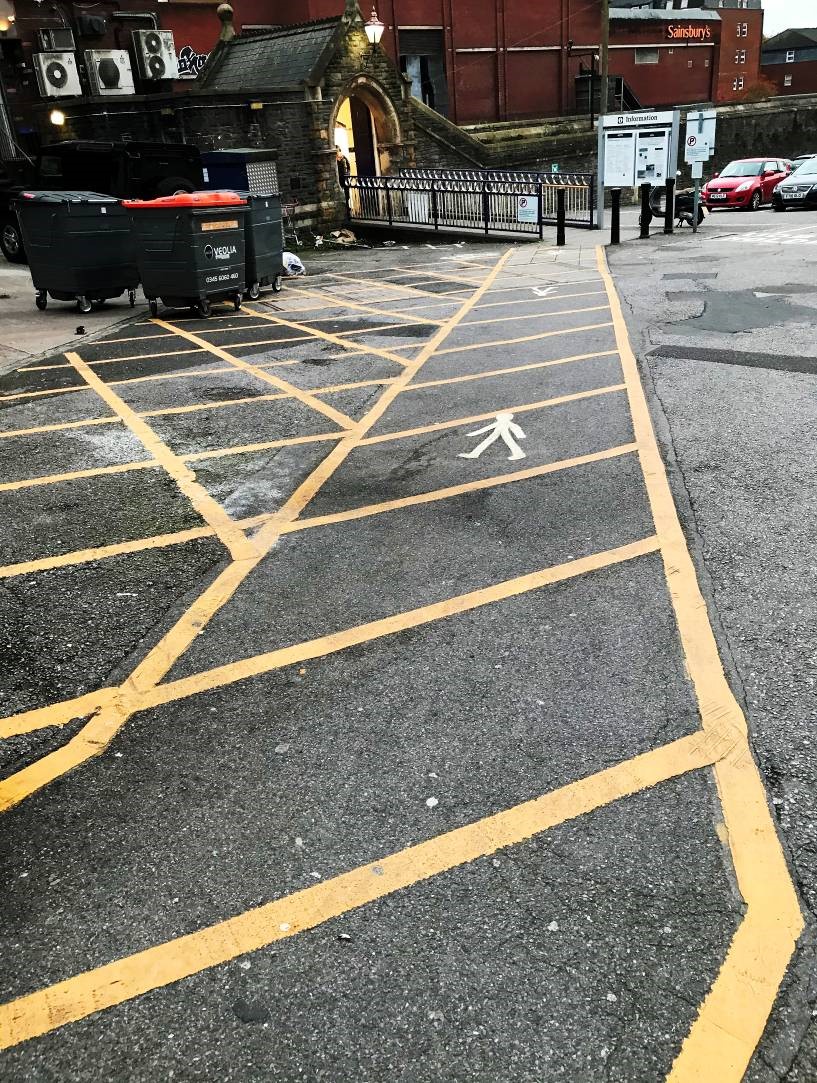 Those of you using Clifton Down station, via the car entrance to the car-park from Whiteladies Road, may have noticed that, on the left-hand side, there is now a cross-hatched yellow area with a footpath marked. This is thanks to a member of the public who emailed us nearly a year ago to highlight the problem of cars parking all over that area and making it hard for wheelchairs to navigate.

This would seem to be a straightforward problem but we had to negotiate six parties – GWR, Network Rail, University of Bristol, Bristol City Council, APCOA Parking and Severnside Community Rail Partnership; initially no-one claimed responsibility as no-one could agree on whose territory the area was.

Forty-nine emails later and GWR stepped up to the plate, acknowledged responsibility and liaised with APCOA to paint and enforce the area. Thank you GWR, but most of all thank you to that very persistent member of the public whose emails FOSBR just had to keep forwarding to anyone we thought might be relevant!