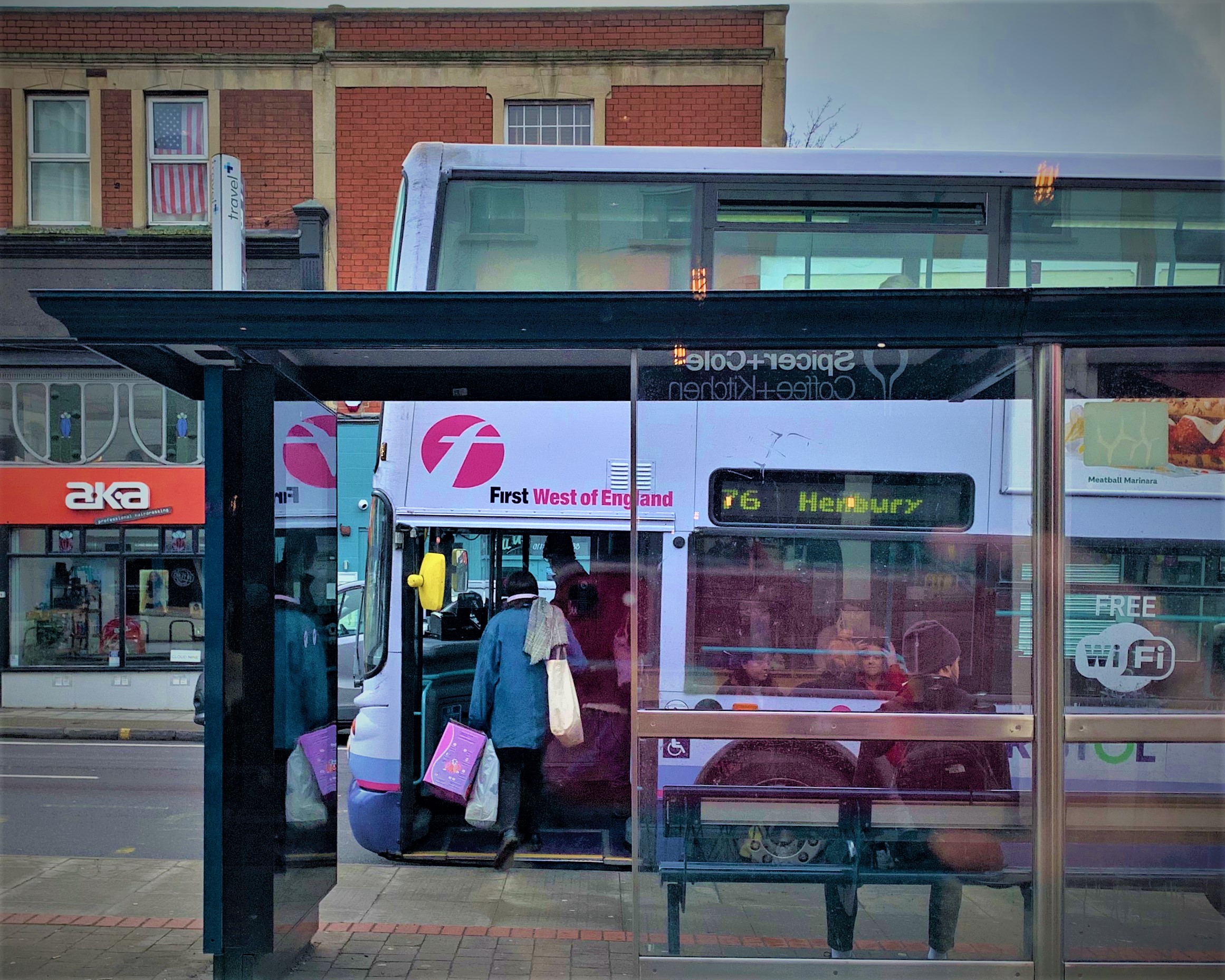 From April 2020 WECA will take over responsibility for overseeing bus services across Bristol, Bath and North East Somerset (B&NES) and South Gloucestershire.  This includes powers to introduce bus franchising.  What are the likely implications?

This article was prepared before measures to control the Coronavirus pandemic were put in place.

Under a franchising system, the regional authority defines routes, fares and timetables and bus operating companies bid to run the services.  Franchising involves significant financial risk to the regional authority.  There are costs in setting franchising up, such as contract administration, expert in-house staff, and purchase of land and facilities.  Major infrastructure works are needed to allow buses to move freely along continuous, segregated corridors.  Under a franchise arrangement, local taxpayers would have to cover the gap if bus passenger numbers and fare revenues do not exceed the fees paid to bus companies to run the service.

FoSBR focus on rail issues, but our colleagues at Transport for Greater Bristol (TfGB) summarised their position as follows in response to the recent Bus Strategy consultation:

“Operational framework: we think WECA should stick with partnership arrangements [such as the Bristol Bus Deal] for arterial routes until the buses are moving freely, as doing it before buses can move freely carries too much financial risk for the local authority.  Franchising for orbital routes may also carry financial risk, so again WECA should only do it when the arterial routes can subsidise the orbital routes.”

The metro mayoral election is scheduled to take place in spring 2021.  Bristol mayoral and council elections have also been postponed one year to spring 2021 due to the coronavirus outbreak.  Both contests will throw up opportunity for discussion of bus operating models that minimise the problems of substandard public transport, namely, social isolation, air pollution, climate crisis and lack of access to employment.

There are several transport planning documents with relevant content:

The West of England Bus Strategy Consultation Document was out for review in March 2020.  The joint Bus Strategy is a supporting document to the Joint Local Transport Plan (JLTP4). The document recognizes that despite a recent upward trend locally, only 9% of the workers commute by bus in the area which is significantly lower than other core city regions.  WECA’s stated aim is to double bus passenger numbers (all journeys) to 20% by 2036.

The Bus Strategy is a high-level strategy document, which does not mention specifics of route or interchange. The bus “vision” is defined as a well-designed network that is simple, coherent and efficient across the region:

The strategy suggests a change of emphasis in future bus network design .

The Bus Strategy contains very few mentions of rail considering the benefits to be gained by closer integration of bus and rail services.

A further relevant document is the Bristol Transport Strategy (BTS) which fills a policy gap between the WECA JLTP4, West of England Bus Strategy and city-level specific mode, topic or area based strategies and plans. The BTS is not designed to be a detailed transport plan for the city but an overall policy and strategy framework for transport in Bristol.

A great deal of traffic that travels through the city each day is from surrounding areas to access employment sites in the centre of the city, which is a big contributor to congestion throughout the city.

The road network is at capacity and will be placed under further pressure from planned housing and economic growth. The West of England Joint Spatial Plan sets out plans to accommodate over 100,000 new homes and around 83,000 new jobs over the next 20 years. Around 32,000 new homes will be delivered in Bristol.  In terms of jobs, around 22,000 will be in Temple Quarter in the city centre and around 11,000 will be in the Avonmouth Severnside Enterprise Area, which spans the north western boundary into South Gloucestershire.

Bristol Bus Deal is a partnership agreement between council and bus operators – the bus operator improves the service frequency and in exchange Bristol City Council improves the infrastructure with more bus lanes and greater priority for buses at junctions and traffic lights on those routes.

Bus route 2 from Stockwood–Cribbs Causeway operated by FirstBus will be the first to benefit under such a “memorandum of understanding” and is scheduled to double frequency in April 2020.

The scheme will next focus on those routes with reliability problems where latent demand will be released by improved reliability and frequency, such as routes out of east Bristol on the A4 and the bus routes 75 and 76 from Hengrove – Cribbs Causeway via A38. Each route improvement requires a separate WECA business case for funding.

The Joint Local Transport Plan 4 (JLTP4) steers transport policy across the WECA area until 2026.  It is the document with the greatest level of policy detail.

The JLTP4 claims to plan a “well-connected sustainable transport network for residents, business and visitors across the region with greater travel choices for walking, cycling and public transport”.  However, the plan has been criticised for its focus on road-building schemes given current council ambitions to decarbonise the transport network by 2030 and the need to improve urban air quality.

The sections relevant to buses are summarised here.

The JLTP recommends substantial extensions to the metrobus network: