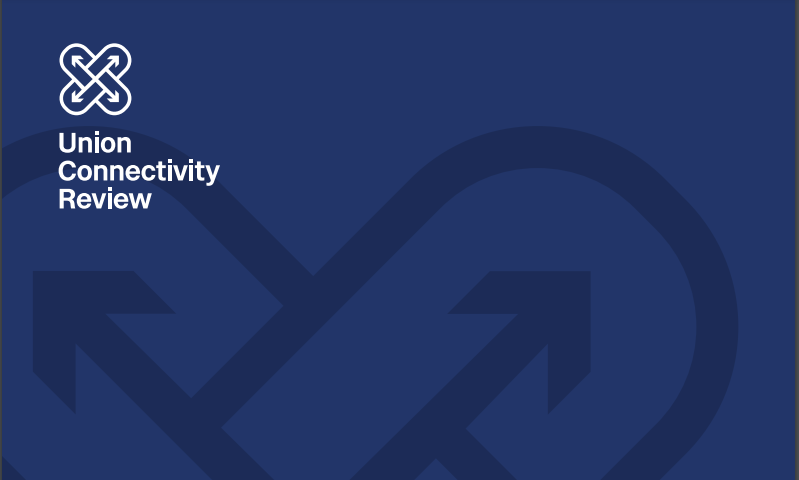 Peter Hendy’s interim report on the Union Connectivity Review was published in early March 2021. We’re pleased to see that it specifically mentions the need for better rail links between Bristol and South East Wales.

The Union Connectivity Review is assessing transport connections and networks in, and between, England, Scotland, Wales, and Northern Ireland. It will consider how the quality and availability of transport can support economic growth, levelling up and an improvement in quality of life. The Review will deliver a series of substantive recommendations that seek to address inequalities in connectivity and economic potential in England, Scotland, Wales, and Northern Ireland.

In FoSBR’s response to the Union Connectivity Review Call for Evidence in December 2020, we stated that:

Bristol is heavily congested. Much of this traffic, particularly on the northern fringe, comes from South Wales where housing is more affordable than on the Bristol side of the Severn. But the industrial area around Avonmouth and Chittening, and office parks around Aztec West, are poorly served by rail from South Wales. This leaves people with little choice but to use the private car. The South East Wales Transport Commission’s proposed improvements to local rail services between Cardiff and Severn Tunnel Junction will throw this into stark relief.

We believe that stations on the Bristol side of the Severn should be developed to maximise the potential of frequent services covering all stations from Cardiff to Bristol Temple Meads. This would require the restoration of Pilning station to act as a hub for Severnside, improvements at Patchway Station, and a new station at Constable Road, Lockleaze.

We are heartened to see that the interim report has acknowledged this requirement:

The population of Wales is heavily concentrated in the very south and very north of the country. Because of geography, unlike the other nations, there are significant cross- border commuting flows to and from England. Jobs in Bristol and the Midlands are accessible from Cardiff and Newport in the south…

The report goes on to say:

Feedback from stakeholders and consultees have identified the following rail connections as being of interest to the Review:

This is a strategic document, so it may not effect anything on the ground in the immediate future. It is nonetheless good to see that the need for better rail links across Severnside is recognised.