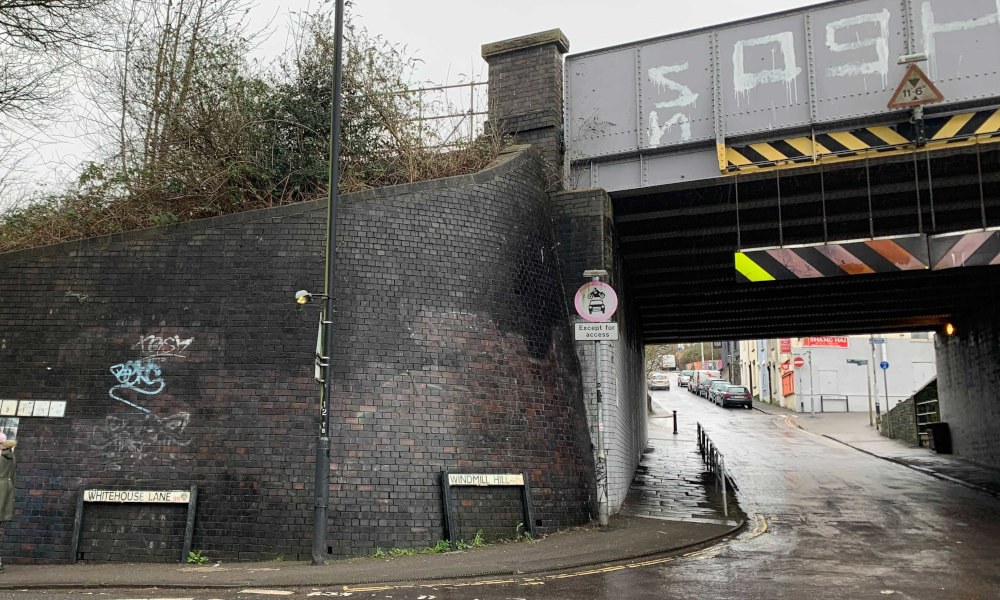 Bedminster Station, 1.3 km to the south-west of Temple Meads on the Bristol to Exeter line, has the potential to be a very useful transport hub. The Bedminster Green development will create a large number of new homes within walking distance of the station, but at the moment it is bleak and hard to access from the north-western side.

The station has three operational platforms, with very limited facilities: basic shelters on each island, a customer help point and some cycle storage by the street entrance. It is unstaffed, has no facility for buying tickets or having refreshments, no car park or taxi rank. Besides these factors, there are problems with access to the station:

New MetroWest train services will link the station directly to Bristol Temple Meads, Portishead, Bristol Parkway and Weston-super-Mare, with onward connections to the rest of the rail network.

Bedminster Station had 104,000 users during 2019/2020. Obviously this usage has fallen since the COVID-19 pandemic, but it will most likely increase again when restrictions are eased. In addition, more trains will stop there when the new Portishead passenger service starts. Added to this, up to 3,000 more people might be accommodated in the nearby Bedminster Green development.

Bristol City council have sought views on the transport needs for the new development in their ‘Bedminster Green River Restoration and Transport’ consultation, to which FoSBR has submitted a response which you can view here. Our main points are:

Besides the access problems, the station is not exactly appealing. Some valiant efforts have been made by Severnside Community Rail Partnership and partners to lessen the drabness – with murals on the subway walls, etc. However it does need a make-over and especially it would be made far more appealing if the route from Bedminster was clear and easily visible with a welcoming entrance way. A shop or café/restaurant, either in or next to the station, would also help to make it more of a ‘destination’ in its own right.

Finally, WECA are bidding to the 2nd round of the ‘Restoring your Railway’, New Ideas fund for re-quadrupling the line from Temple Meads to Parson Street – a project known as the Bristol West Capacity Enhancement. It is also in the WECA Rail Delivery Plan for possible delivery in the period 2020-2030. This could be incorporated with the rejuvenation of the station.