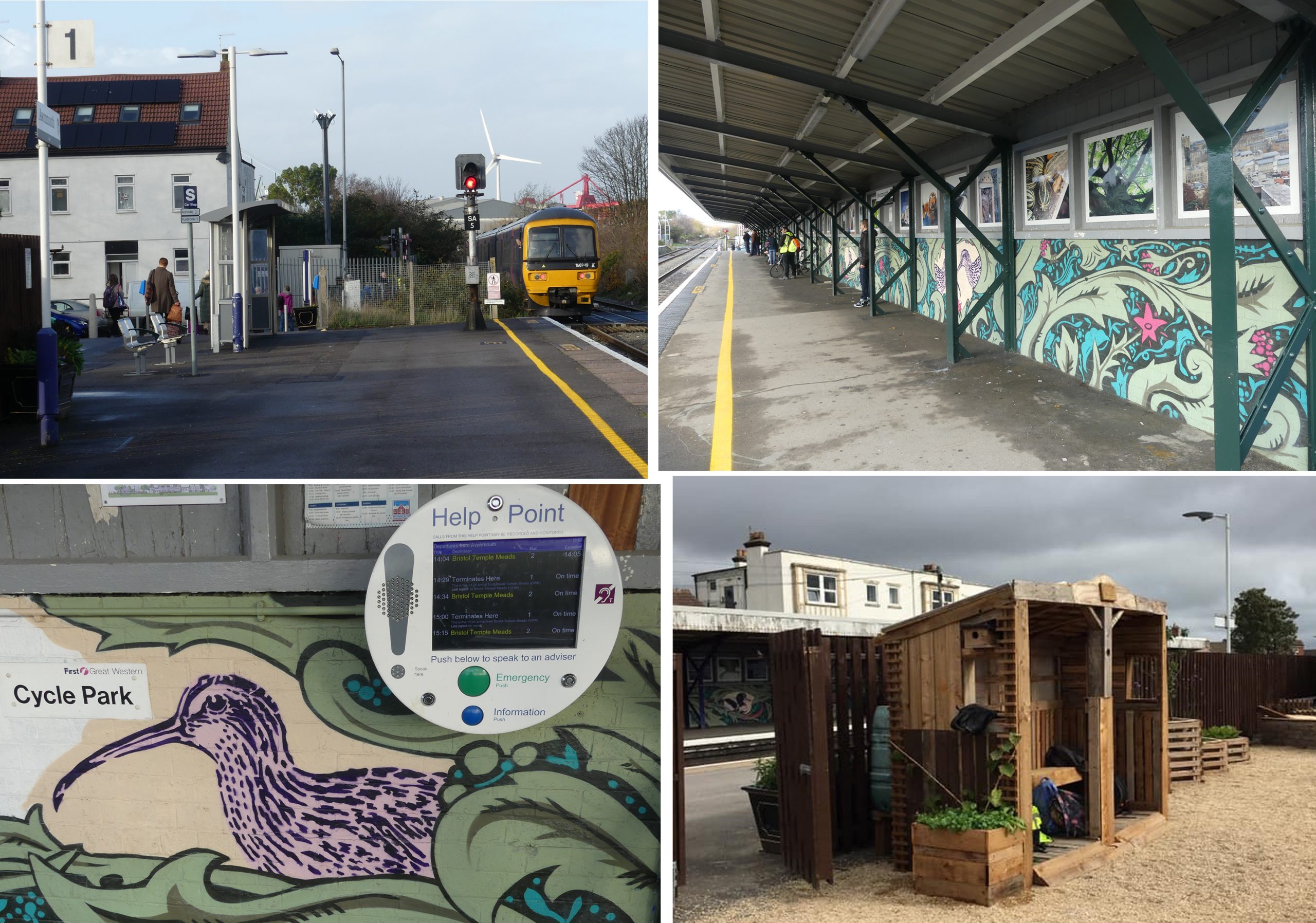 Avonmouth station has experienced ups and downs over the last few years, but recently benefitted from some TLC.

First some background: in late 2014, Network Rail obtained planning permission (by prior approval) to demolish the last remaining station building at Avonmouth.

In January 2015 FOSBR mounted a campaign to retain the platform 1 building on the grounds that Avonmouth station would greatly increase passenger numbers as a result of a half-hourly service under MetroWest Phase 1.  Also, should the Henbury Loop be re-opened to passengers, Avonmouth could become the interchange between Severn Beach line trains and services from Avonmouth via Henbury to Filton.

However, despite the support of local residents, councillors, Charlotte Leslie (then MP) and the Bristol Civic Society, the campaign was unsuccessful.  Network Rail argued that repair of the building was not economically viable.

In August 2015 the building was pulled down leaving a small bus stop-type shelter plus a covered cycle parking store. The result was a very unwelcoming platform 1, where people board for trains to Severn Beach.

In early 2017 Severnside Community Rail Partnership put together a scheme to improve the environment on platform 1.  A larger shelter was installed on the site of the Victorian building. Also, to screen off the wasteland behind platform 1, which had been the site of anti-social behaviour, new fencing was erected.  Other new features included planters, seating and better lighting.

Since June 2019 Incredible Edible have been working with Severnside CRP to create a community garden in the area that was previously wasteland behind platform 1.  The “Secret Garden” project aims to provide some produce for the lunch club at Avonmouth Community Centre and the North Bristol Food Bank.  They also hope to plant fruit trees.

The garden is open for working parties and on special open days.