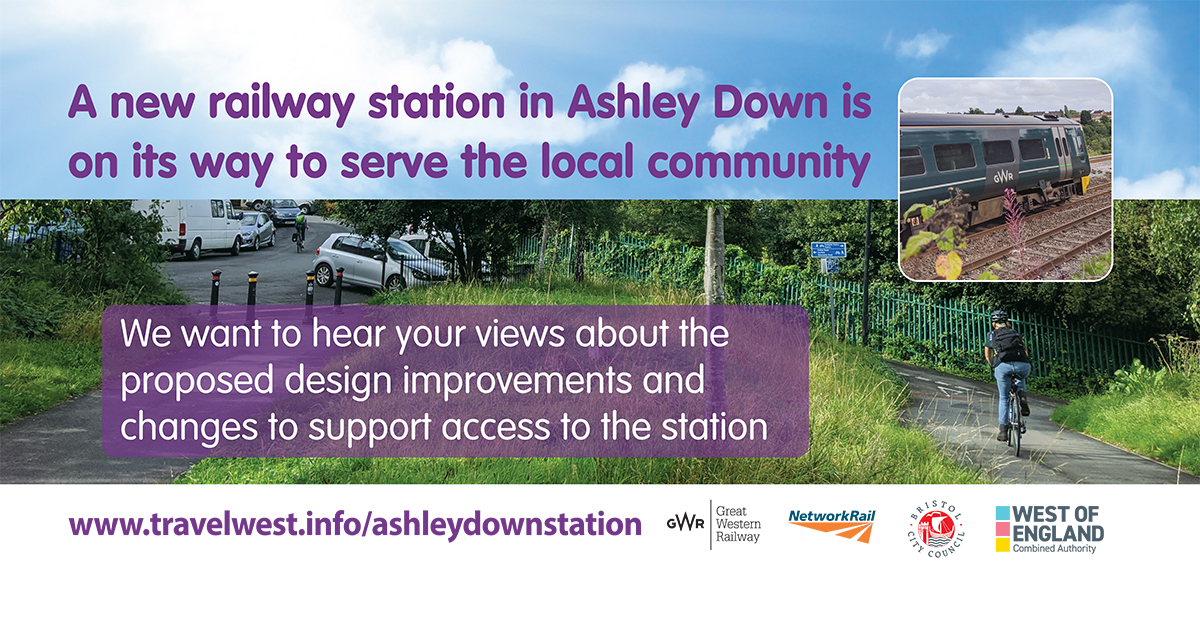 Bristol City Council would like to hear people’s views about the proposed access arrangements for Ashley Down train station. This station is due to be reopened as part of MetroWest Phase 2 in 2023.

The new station is located on the site of the previous Ashley Hill Station. The station will be used by the local community, who will benefit from improvements to walking and cycling access. Paths to the station entrance will be realigned and the gradient reduced to ensure the station is fully accessible to all users.

The access to the new station is being delivered in partnership with Bristol City Council, while the design and build of the station itself is being managed by Network Rail.

The opening date is likely to be in 2023. Bristol City Council are working with Network Rail to refine this date.

You can give them your views about the proposed design improvements and changes to support access to the station.