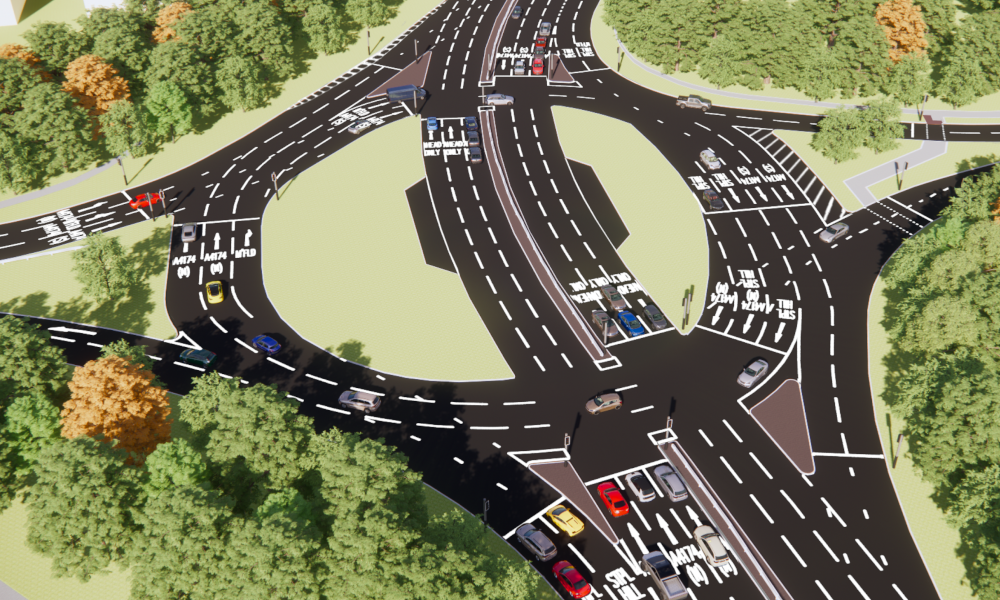 South Gloucestershire Council has launched a consultation into plans to ‘improve’ a 7km stretch of the A4174 between Emersons Green and Longwell Green. The plans would see five roundabouts widened or converted to ‘throughabouts’. They estimate a cost of £30 million. Is this a good investment?

The stated aims of this scheme are:

But South Gloucestershire’s Highway Engineers are surely aware that this scheme will achieve few or none of these aims. They will have learnt all about ‘induced demand’ at college: it has been known since the 1920s that widening roads creates more traffic. On average, ‘improved’ roads increase traffic by over 10%. Worse, they increase traffic on the alternative routes – the very routes which they are meant to relieve – by over 16%. This £30 million scheme may improve things for motorists on the A4174 in the short term, but in the longer term it will make things worse for everyone.

New Metro Mayor Dan Norris criticised the plans the day after they were announced. According to Bristol Live, Norris said there is a ‘strong possibility’ that making roads bigger only generates more car journeys and does not solve congestion.

Bristol’s Green councillors also believe that the money should be invested in public transport, walking and cycling instead. They point out that adding car lanes to tackle gridlock is ‘like loosening your belt to cure obesity’.

It is difficult to understand why South Gloucestershire intend to squander £30 million of scarce resources on widening the A4174. Public transport in the area is starved of funds. Pilning Station, for example, is a potential rail hub for Severnside which cries out for investment. Meanwhile Thornbury, a growing town of over 12,000 people, sits at the end of a rail line but has no train service. Investments in MetroBus services are welcome, but the backbone of a sustainable transport system is rail.

Please take this opportunity to comment on these proposals. You can read our response here, and you can respond to the consultation yourself here.